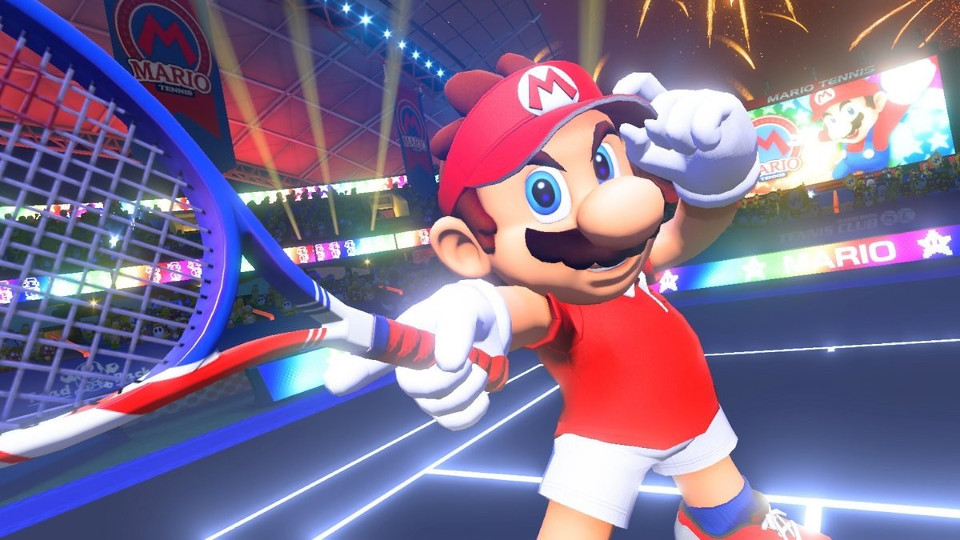 In one of his toughest matches yet, Rafael Nadal takes on a new and unexpected challenger: Mario! Watch the new Mario Tennis Aces trailer below to see the pair battle it out on court.

When Mario Tennis Aces launches for Nintendo Switch on June 22nd 2018, players can take to the court using just a single Joy-Con controller as a tennis racket, and experience the thrill of playing tennis. With Swing Mode, players can work up a sweat with accurate and intuitive motion controls to play a variety of different shots across the court, or enjoy more traditional control set-ups in a variety of other modes on offer.

Watch the Mario Tennis Aces – Aces of the Game trailer below:

Not happy with the umpire’s call like Rafa? Contest the decision with the new Challenge feature, exclusive to Swing Mode, to see a replay of the shot and check if it was in or out.

Mario Tennis Aces features over 15 playable characters and allows up to four players to step onto the court together.

Players can use a variety of strategic shots and tactics to fill up their Energy Gauge and then unleash devastating Special Shots to turn the tide of a match. But those who prefer their tennis more down-to-earth can opt for simple rules instead to enjoy a classic tennis experience with friends and family.

View some screenshots from Mario Tennis Aces in our gallery:

Players can also go online to take on friends or participate in regular tournaments. Before doing so, it pays to master the basics in Adventure mode. This return of a real story mode to the Mario Tennis series serves up a variety of skill-based tennis challenges as well as big bosses to defeat, as Mario travels through different worlds in order to save Luigi from the Legendary Racket

Check out the Mario Tennis Aces Nintendo Store page for more information on the game.