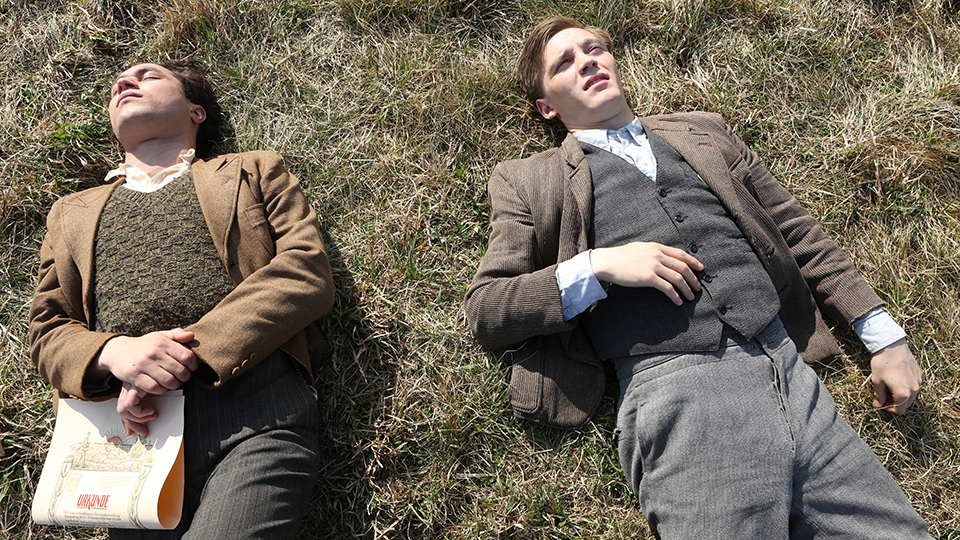 You can sometimes tell instantaneously that something is going to work – and work well. Line Of Separation, pretty much from the off, has that air of class and sophistication about it. It doesn’t hurt that the cast includes some truly fabulous performances, including that of Jonas Hay, star of the spectacularly good Deutschland 83 which came out in 2015.

Line Of Separation (which was known as Tannbach in its native Germany) is based on true-life events in the German town of Mödlareuth at the end of World War II. The town is divided between factions still loyal to the Nazis, and others feeling hope and optimism as they learn of Hitler’s downfall and the imminent arrival of US troops to liberate the town again. But that optimism is soon quashed when the liberal US troops later depart and the Russian troops move in as part of the segregation of the German nation into East and West.

Although it’s set in WWII, this isn’t obviously a war series. If you’re hoping for battle scenes and full-throttle warfare, you will be largely disappointed – although there are some bloody-thirsty moments when the US troops arrive and the last vestiges of German resistance try to resist. And when the Russians move in and callously shoot an entire family of apparent Nazi sympathisers. But mostly LOS is about family, and how they can become torn apart by political loyalties.

At the centre of the story is the von Striesow family. Count Georg von Striesow has been in hiding in the woods, a deserter from the SS. However, when his daughter, Anna (played by Henriette Confurius, who won Best Actress at the German Television Awards for the role), is attacked by a German soldier, the Count intervenes and escorts his daughter back to their home. But he’s spotted by a neighbour, Franz Schober, who informs the Germans that Georg is back. When German troops approach the house, threatening to shoot all the men in town unless Georg is surrendered, it’s his wife, Countess Caroline, who stands up to them and sacrifices her life to protect her husband.

Almost immediately, the US troops arrive on the scene and the town is liberated – but the scars of the Countess’ killing have a profound affect on the town and the relationship between Georg and Anna.

But this is just one of a number of intriguing threads to this complex and fascinating tapestry. Equally enthralling is the storyline involving the Schober family. The afore-mentioned Franz is a nasty piece of work; a fully paid up member of the Nazi party, he soon shifts his loyalties when the Americans come to town. Whilst his wife, Kathi (the excellent Johanna Bittenbinder) is a far more sympathetic character who struggles to cope with her slimy husband and her equally unpleasant sons.

The mini-series comprises of three 90-minute episodes, which helps to give the production a more cinematic, epic feel. It’s a grandiose soap opera at times, perhaps – but it’s beautifully shot and acted. And who doesn’t like a good soap when it’s done as well as this?

Walter Presents Line of Separation is available on All 4 now.

In this article:Line of Separation, Walter Presents