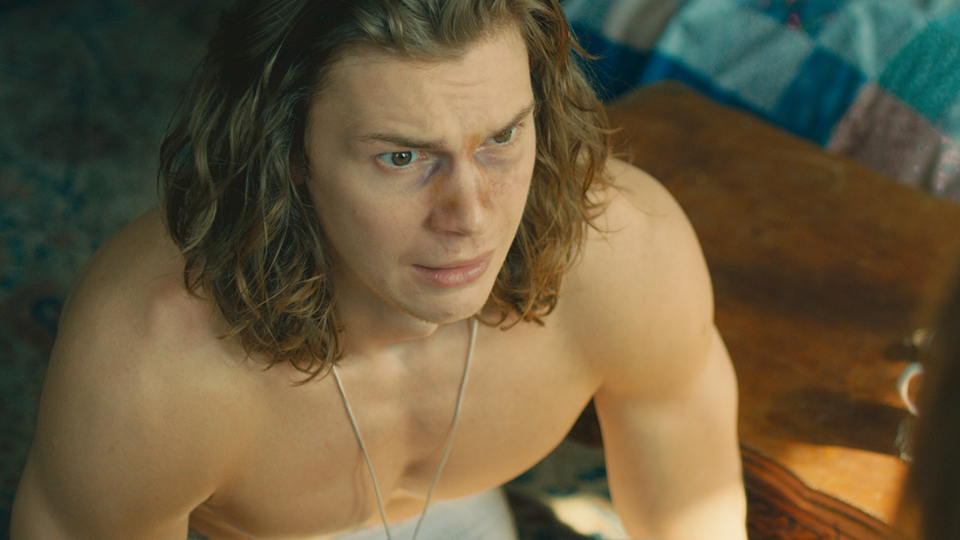 Hustler Jack (Conor Donnally) is joined in New York by his boyfriend Tom (Sean Ormond) the night before he turns 18. Turning tricks to keep himself and Tom, who left home without telling his parents where he was going, off the street Jack engages in sexual encounters with a variety of men and women. Seeing an opportunity to get out of his situation, Jack agrees to go on a trip to Miami with new client Ken (Terrance Murphy), who he is unaware is married to a woman.

Hooked is the feature debut from Instagram star and model Max Emerson. The project was crowdfunded using the power of his social media and Emerson’s aim was to make a film about homeless youth as well as donating 50% of the profits from sales to LGBTQ youth homeless shelters. It’s an important issues to raise awareness of and one that Emerson has been passionately vocal about.

Following various screenings on the festival circuit, Hooked had a limited theatrical run before arriving on DVD and VOD today. I’ve been surprised to see some rather scathing reviews of the film because honestly I was pretty impressed. Unlike a lot of LGBT cinema out there, Hooked isn’t aiming to titillate with gratuitous nudity and endless shots of buff guys. Emerson has crafted a story with a heart that may play out a little clumsily in places but it’s a satisfying watch.

A lot of what happens in Hooked works. Conor Donnally puts in a strong performance as Jack, regularly bringing to mind American Horror Story’s Evan Peters. He’s convincing as the film’s most damaged character and he throws himself into his scenes involving rather bizarre clients with gusto. I believed his chemistry with co-star Sean Ormond and I found myself rooting for them. You get some sense of the situation the couple is in, especially in the scenes that take place in the hostel they are staying in with their aggressive room-mate Matt (Jared Sandler).

Ken, played well by Terrance Murphy, flits between wanting to get rid of his urges towards man and wanting to act on them. His wife is aware of his tendencies but has mostly chosen to ignore them. When Ken enters into Jack’s world, the film gets very interesting as the married man starts to believe he can save his hunky new friend, even though he’s struggling to save himself. There’s a little bit of a Pretty Woman inspiration here and I liked it.

Perhaps where Hooked does fall down is in its attempts to address hard-hitting situations. One of the characters is sexually assaulted during the movie but this moment is brushed off like it’s no big deal and the subject of homelessness is underlying but it’s never really explicitly examined. The biggest mis-step is there’s too much focus on Ken’s dilemmas with his wife, when Jack and Tom are the characters you want to spend your time with.

Hooked builds to a nice pay-off and it leaves the film open to be continued should Emerson choose to do that. I’d actually like to spend a bit more time with these characters and learn what happens next. There’s definitely more scope to explore here.

I can’t help but feel that some critics have given Hooked a rough ride because of who wrote and directed it, rather than there being anything actually wrong with the film. Sure it doesn’t quite manage to make the serious point it sets out to but it does take you on an entertaining and engaging journey. For a first film, this is impressive stuff and Emerson more than shows that there’s more to him than cheeky Instagram snaps.