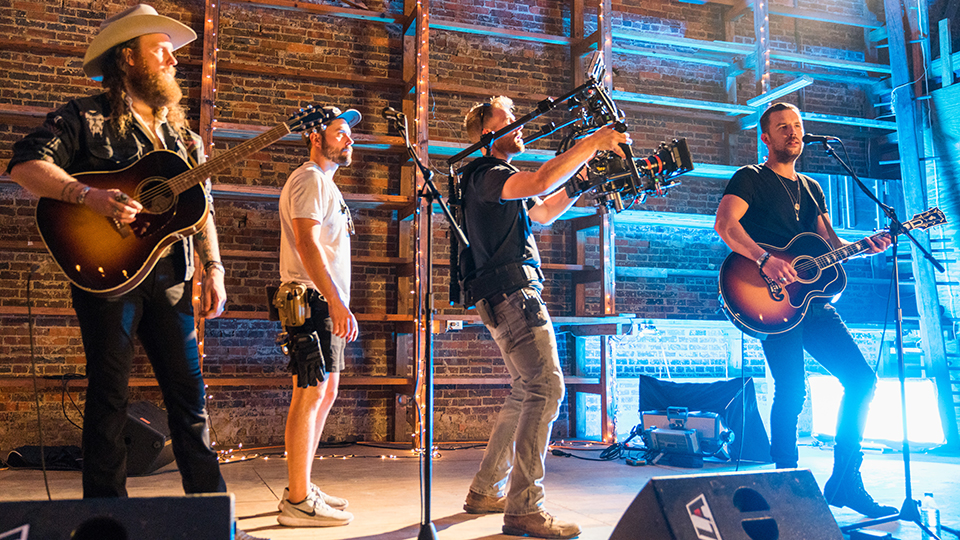 The 30 and 60-second spots, titled Support the Port | Brothers Osborne, will premiere during the CMT Awards on 6th June 2018 airing live from the Bridgestone Arena in Nashville, TN at 8/7c. The ads feature the all-new 2019 Ram 1500 pickup.

For the shoot Brothers Osborne – John and T.J. – returned to Port Saint Joe, the Florida coastal town where they recorded their latest album, which they also named after the town. Doing the shoot there gave the duo the opportunity to give back to the community of Port Saint Joe, which perfectly complemented Ram Truck brand’s grassroots Ram Nation initiative, where Ram owners help in their communities.

The commercial centres around the Port Saint Joe Theatre renovation project, which included restoring the original neon marquee sign. It culminates with a special public performance of While You Still Can.

Ram trucks have a special place in the hearts of Brothers Osborne. They made their first trip to Nashville from Maryland, a 10-hour journey, in their Dad’s Ram Truck.

Brothers Osborne will perform with Dierks Bentley on the CMT Awards tomorrow night. They will perform Burning Man, from Bentley’s new album The Mountain. The duo is currently on the road with Bentley for his The Mountain High Tour along with LANCO.

Ahead of the Ram Trucks commercial premiering tomorrow, get a sneak peak below:

In this article:Brothers Osborne, Ram Trucks