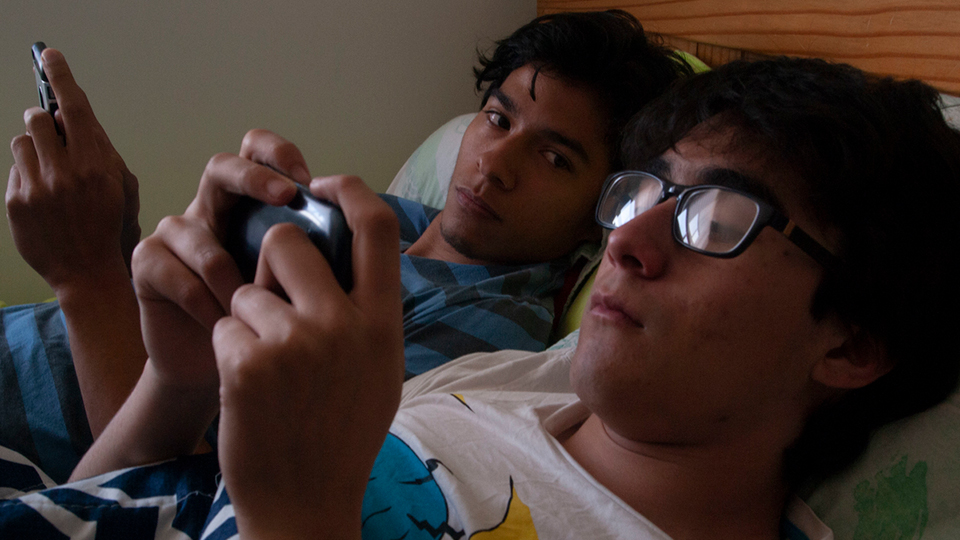 Following a night out Fernando (Paul Act) wakes up confused and unaware of where, and who, he is. When Miguel (Eduardo Longoria) emerges from the bathroom, Fernando starts to panic but after being calmed down he decides to stay in the apartment as he attempts to piece his memories back together. Flashbacks to sexual encounters and violent confrontations begin to surface and Fernando begins to put the pieces back together with the help of Fernando.

While I’m all for supporting amateur film-makers, it’s hard to see what the appeal of Boy Undone is. Aside from the lack of a story, the acting is poor across the board and there’s absolutely no chemistry between the leads. Laborde, by the looks of it, was attempting to make a homoerotic thriller but the concept is so undercooked that the film goes absolutely nowhere.

Done properly and with a more fleshed out story idea, Boy Undone could have been good. The premise has plenty of potential but the execution is woeful. There’s no character to root for or edge-of-the-seat twists, like you would expect from a film of this nature. It’s just a hazy dream-like mess that thinks it’s making more of an artistic point than it manages.

Boy Undone isn’t a good film. It’s not even a so bad it’s good kind of film. It’s just plain bad. I tried really hard to find something positive to say about it but I actually couldn’t find anything. Not even the running time, clocking in at 116 minutes, had the decency to not outstay its welcome and hurry along. If a porn-like approach to film-making is what you’re after, then you’ll likely find something more satisfying by Googling, because Boy Undone is one huge disappointment.