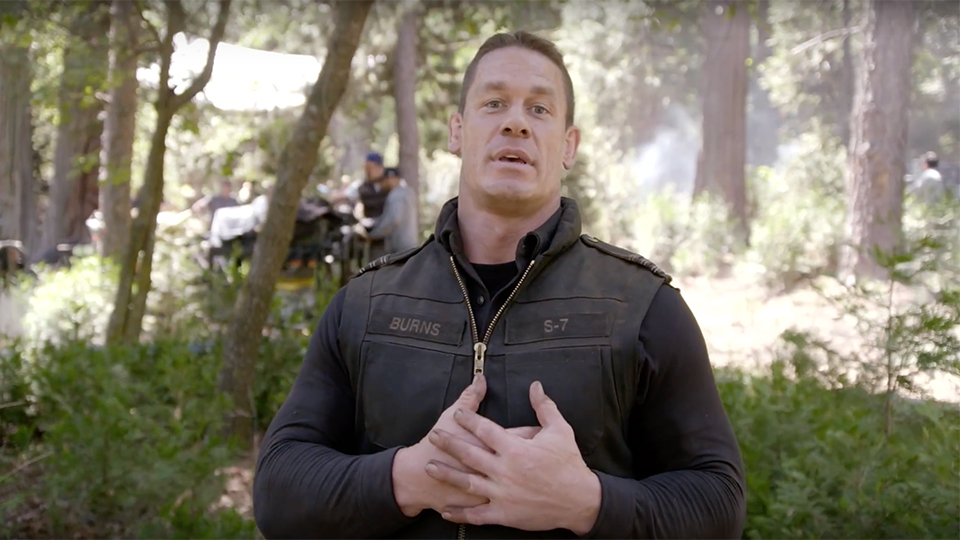 Speculation has been rife about when the trailer for Bumblebee, the latest movie from the Transformers Universe franchise, will arrive and star John Cena has put us out of our misery.

In a video shared on YouTube, Cena reveals that the trailer will be making its debut tomorrow (Tuesday 5th June 2018). He says, “This is John Cena from the new movie Bumblebee. We are taking it back to the beginning with Bee, and it’s set in the time period where I first fell in love with Transformers.”

He goes on to confirm, “The new trailer debuts tomorrow and don’t miss Bumblebee in theatres this Christmas!” You can see the full video announcement below:

Starring alongside Cena, who plays Agent Burns in the movie, are Hailee Steinfeld, Jorge Lendeborg Jr., Jason Drucker, Kenneth Choi, Rachel Crow and Pamela Adlon. Bumblebee is directed by Travis Knight (Kubo and the Two Strings) from a screenplay by Christina Hodson (Unforgettable).

On the run in the year 1987, Bumblebee finds refuge in a junkyard in a small Californian beach town. Charlie, on the cusp of turning 18 and trying to find her place in the world, discovers Bumblebee, battle-scarred and broken.

Bumblebee is the first new Transformers film since 2017’s Transformers: The Last Knight, the fifth film in the franchise. The film is a prequel to the 2007 that brought the series to the big screen.

Bumblebee is due to arrive in cinemas on 26th December 2018 in the UK.