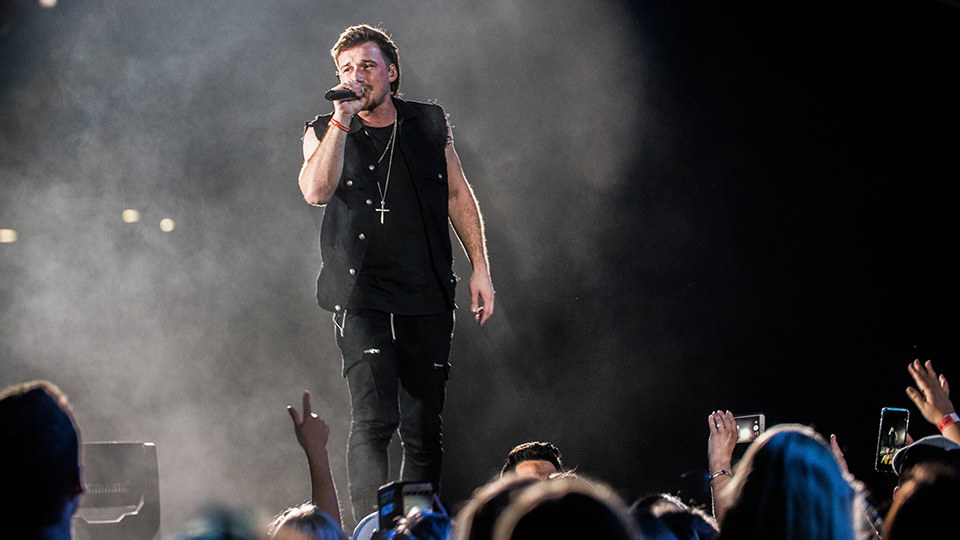 Breakout star Morgan Wallen kicked off his stint supporting Luke Bryan on the What Makes You Country Tour XL Stadium Sized on Thursday night (31st May) at the Rogers Centre in Toronto, Canada.

The night was a milestone in more ways than one as it was Wallen’s debut international performance as well as his first stadium show. During his set, Wallen treated fans to songs from his debut album If I Know Me including his Gold-certified smash Up Down.

The show kicks off a busy few months for Wallen, which will see him perform at CMA Fest starting with Craig Wiseman’s Stars for Second Harvest benefit on Tuesday 5th June at the Ryman Auditorium. On Thursday 7th June, Wallen performs at the Spotify Hot Country concert series at Ole Red and on Sunday 10th June, he’ll perform a special acoustic performance at Boot Barn on Lower Broadway at 11am before appearing on the Chevrolet Riverfront Stage at 1.45pm.

During CMA Fest, fans can catch up with Wallen during his signing at the CMA Fan Experience booth inside Xfinity Fan Fair X from 3-4pm CT.

Back in April Wallen released his debut album If I Know Me, which opened at number 11 on the US Country chart. Striking a chord with fans and critics, the record was produced by Joey Moi and features the singles Up Down featuring Florida Georgia Line and The Way I Talk.

Since its release in 2017, Up Down has climbed up the charts so far peaking at number 6 on the US Hot Country Songs chart. It has also climbed into the Top 10 at US Country Radio too.

Wallen has picked up more than 187 million streams for his music and was named by CMT’s Listen Up 18 for 2018. He’s opened for artists such as Florida Georgia Line and Chris Lane.

As well as writing his own music, Wallen has written hits for A Thousand Horses, Dustin Lynch, Kane Brown and Jason Aldean.

In this article:Luke Bryan, Morgan Wallen