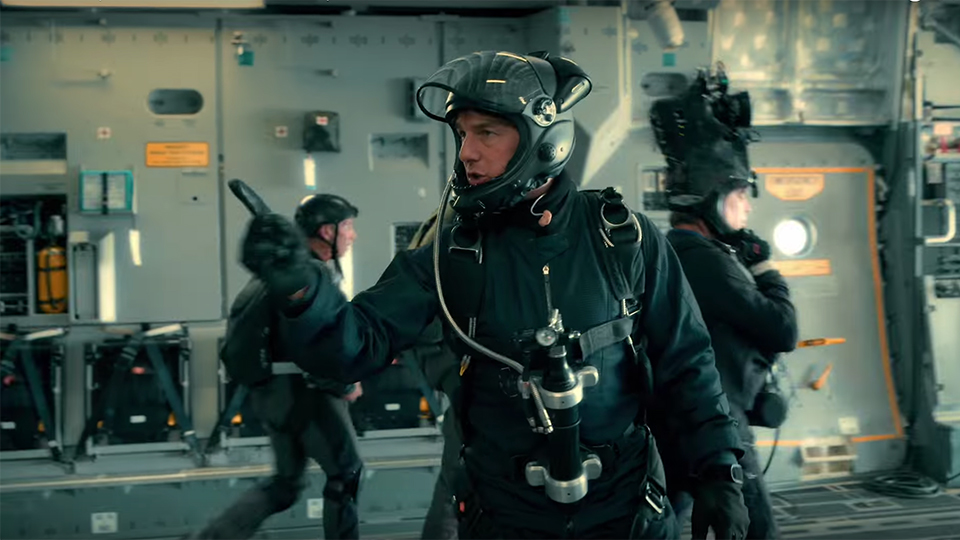 Tom Cruise is pushing himself to the limits for Mission: Impossible – Fallout and he’ll be the first actor to do a very dangerous Halo Jump on camera.

One of the key stunt sequences from the latest instalment in the franchise, “A Halo Jump is high altitude, low open,” reveals producer Jake Myers.

Allan Hewitt, Sky Diving Co-ordinator for the film explains, “Military jump out at 25,000 feet, open their chute at 2,000 feet and sneak into a foreign country without being detected. That’s the idea of Halo.”

Tom Cruise is seen in the featurette undergoing some intense training as he gets ready for the stunt, which if it had gone wrong could have had dire consequences. He admits, “No one thought it would require over 100 jumps to get the scene” really bringing home how challenging it was to get right.

The movie finds Ethan Hunt (Tom Cruise) and his IMF team (Alec Baldwin, Simon Pegg, Ving Rhames) along with some familiar allies (Rebecca Ferguson, Michelle Monaghan) in a race against time after a mission gone wrong.