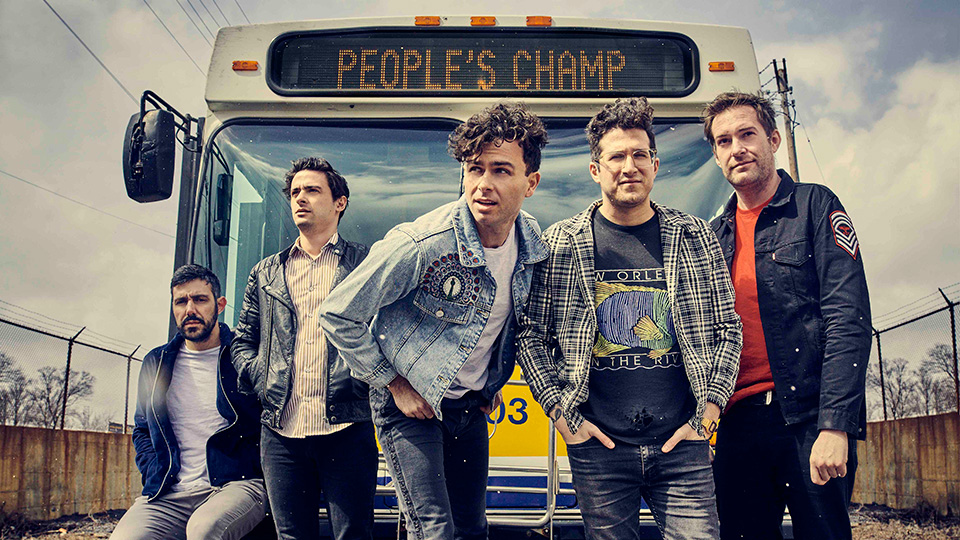 Arkells have released the music video for their latest single People’s Champ.

Directed by photographer and creative Matt Barnes, the video was shot in the band’s hometown of Hamilton in Canada. In the clip the band bring to life the optimism of the song.

“People’s Champ is a political song, but also a joyful one,” says frontman, Max Kerman. “There’s a pulse to the song we wanted to capture. We wanted to see images of different kinds of people coming to life through music and the company of their friends and surroundings.”

Talking about working with Matt Barnes, Kerman added, “Matt Barnes has a style of photography that is uniquely HIM. He always casts interesting subjects and is able to create a world within its own. We jumped at the opportunity to make a video with him – his effervescence makes for an amazing time on set.”

People’s Champ is the first single from Arkells’ upcoming fifth studio album, which is due for release later this year. The album was written and recorded in Toronto and produced by previous collaborator with the band, Eric Ratz (Knocking at the Door and Leather Jacket), and mixed by Mark Needham (The Killers, The 1975).

In Canada, People’s Champ was the number one most-added on alternative radio just 24 hours after its release. The band surprised fans with a show at 100-capacity bar The Boat in Toronto’s Kensington Market.

Advertisement. Scroll to continue reading.
In this article:Arkells