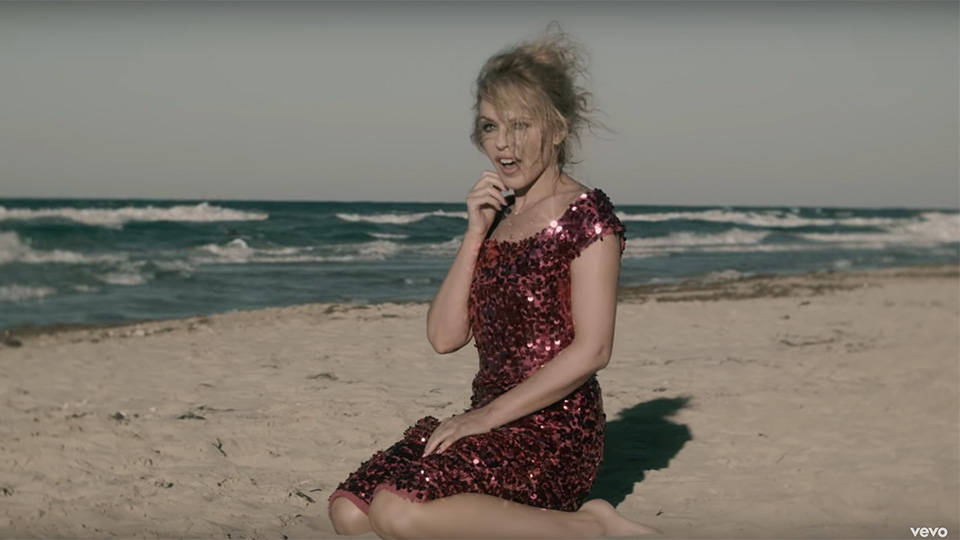 Kylie Minogue has marked her 50th birthday today with the release of the music video for her new single Golden.

The third track to be lifted from the album of the same name, Golden follows Stop Me From Falling and Dancing. The video is directed by Sophie Muller and produced by Gloria Bowman.

Kylie surprised fans by posting a message on her social media announcing the release of Golden:

I couldn’t think of a better day to share my new single #Golden with you!! 💫 Watch the official video now and let me know what you think! 💛 https://t.co/3CbPNC8oQU

In the video Kylie can be seen frolicking on the beach, rolling around on a bed in a sparkly green dress and running through the streets. The track was co-written by Kylie with Lindsay Rimes, Liz Rose and Steve McEwan.

Golden, released in April, gave Kylie her sixth UK number one album and it’s shaping up to be her most successful in years. She’ll be supporting the album with a headline UK tour later in the year, which is sure to be a spectacular affair.

To celebrate Kylie’s 50th birthday, we’ve been asking you to vote for your favourite single from the pop princess. There’s still time to vote so let us know which one you love!