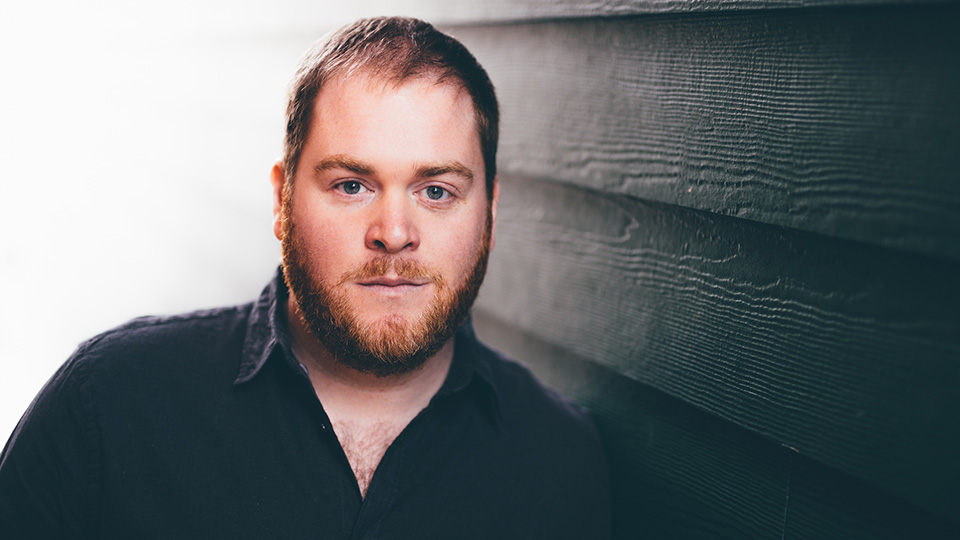 Originally from Newfoundland in Canada, folk singer Matthew Byrne released his debut album, Ballads, in 2010. Since then he’s toured as a solo artist and as a singer with The Dardanelles, as well as winning Traditional Country Recording of the Year at the 2015 Canadian Folk Awards for his album Hearts and Heroes. Now he’s releasing his third record, Horizon Lines, here in the UK.

The album opens with Long Years Ago, a bright, acoustic guitar-led tune with a traditional feel. The uptempo melody and lightness of touch contrast with the sadness of the lyrics, allowing them to stand out. It’s clear that Byrne wants to put storytelling at the heart of this album and this song is a great example of that.

As suggested by the title, many of the songs on Horizon Lines focus on sailing, and Byrne emphasises this through his arrangements. For example, the swelling melody on upbeat number Go To Sea No More adds a sea shanty feel, whilst the instrumental Wedding Waltz includes wave-like effects. However, Byrne keeps the production relatively simple throughout, building up layers of instruments, but letting his guitar playing take centre stage. He gets some great sounds out of it too, whether that’s picking and knocks on the mournful The River Driver or the almost Spanish-style trills on the jangly, delicate Sarah Jane.

The sailing theme continues in the lyrics of the album. In particular I loved the vivid imagery on songs such as Nancy From London, which compares a ship in a storm to a defeated army and puts a new spin on traditional lyrics. Byrne has combined original tracks and traditional songs for this record, and the fact they sit seamlessly alongside each other shows he has a great understanding of folk traditions. This is particularly evident on Adelaide, where Byrne creates a fully realised character – right down to his name – and packs the song with details of a lost love that make the final twist incredibly affecting.

However, what brings the whole album together is Byrne’s fantastic voice. He has a lovely rich tone that really brings the songs to life, particularly in the album’s many a capella moments. The standout of these is The Woods Of Traugh, an atmospheric sung poem with an unexpected ending. I also really liked Kitty Bawn O’Brien, sung by Byrne and his father, which shows off some lovely harmonies.

The final song on the record is Jim Harris. It starts with a capella intro, highlighting the fullness and clarity of Byrne’s voice, before moving into a tale of a seasoned sailor who becomes caught in a storm. The stripped-back approach gives the song a real starkness, whilst the spoken word ending jolts you back to reality. It’s an incredibly powerful song and for me sums up the album.

Overall Horizon Lines is a simple, calming yet powerful record. Byrne has shown that you don’t need vocal belt to create emotional impact – instead, he does that through lush vocals, accomplished guitar-playing and immersive lyrics. It’s an impressive collection of traditional songs with a timeless feel and well worth a listen for fans of modern folk.

Advertisement. Scroll to continue reading.
In this article:Matthew Byrne