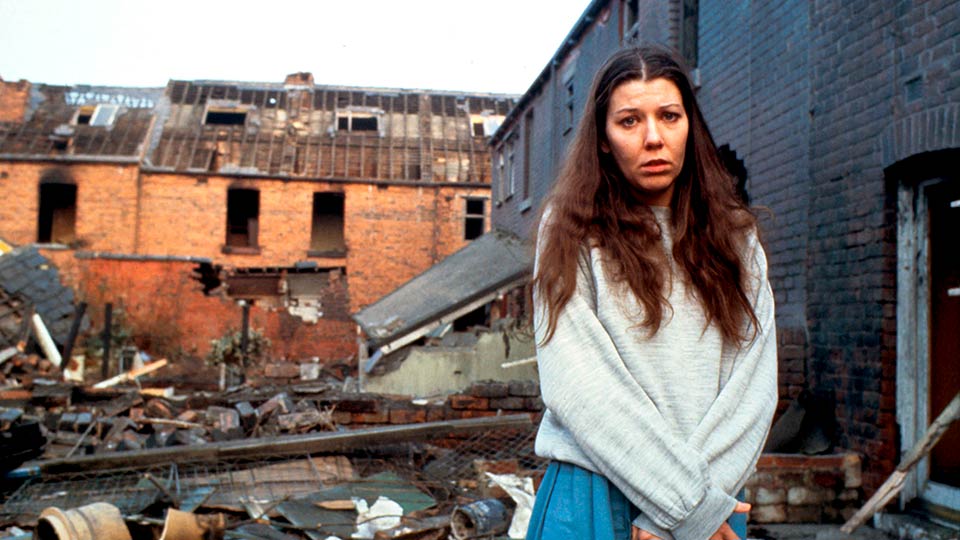 Threads is one of those BBC serials that has become the stuff of legend. First broadcast in 1984, the three-hour British drama details the growing threat of nuclear war, followed by a strike on Sheffield, and the consequences of the ensuing nuclear fallout.

Ambitious for a BBC budget? Certainly. But the thing about Threads is that it pulls out all the stops and succeeds on every conceivable level. If you like powerful, shocking, confrontational and brilliantly-made television, then Threads ticks every box.

In every aspect of production, Threads is a major success and stylistic triumph, and it is rightfully considered one of the BBC’s greatest drama productions of any era and an outright classic. Judged on its considerable merits, it’s little wonder it has such a devoted cult following. Behind the camera is Mick Jackson, who went on to notable Hollywood success with L.A. Story and The Bodyguard. From the sheer impact of the visual storytelling, made with cinematic flair and constant invention that defy the limitations of the small screen, viewers are in the thrall of a major talent. The script is by Barry Hines (best-known for his novel A Kestrel for a Knave, adapted for film as ‘Kes’), an author seldom bettered at capturing the lives of ordinary people. The acting is grippingly truthful. The end result is a rarity indeed: a drama with a powerful message that is spellbinding for viewing audiences from the opening minute to the closing credits.

Be warned though, Threads is not for the faint-hearted. The story is told with not a single shred of sentimentality. Harrowing it may be, but it’s equally impossible to look away – Threads takes you on an extraordinary journey. But goodness, is it bleak. Characters you come to care about achieve no heroic feats and many meet a nasty demise – the humanity depicted here is simply the near-impossible need to survive and to stay alive, whatever the consequences for others.

The impact of the blast are the least of these ordinary families’ worries: the final half of the drama follows their struggle through the prolonged aftermath, including facing a nuclear winter, and a complete breakdown of society including law and order. Looting is rife, executions commonplace, and agonising deaths from radiation poisoning and starvation more likely than not. It is literally post-apocalyptic stuff.

Within this three-hour drama, the writer and director never for a single second allow their viewer to relax or experience any relief from the enormity of the devastation, or the truth about human brutality and selfishness when individual survival is at stake. At times it is unbearably tense. It never loses its capacity to shock and horrify: but that’s the whole point. Once you’ve seen Threads, you will never forget it…

To put Threads in context, the following year the BBC would make their landmark television drama, and arguably their single greatest achievement, Edge of Darkness, which had a subplot about the British government’s illegal manufacture and storage of plutonium, and the threat such materials pose to life on the planet. The issue of nuclear proliferation was all the rage. Ronald Reagan had made his Star Wars speech, and there was huge international concern about the amassing of nuclear weapons by Iran. Watching Threads now, you realise how little has changed in the intervening 30 years. Just add North Korea to the mix. Threads is as relevant now as it was in 1984, and the frightening questions it raises are just as pressing.

If you like your British character actors, then there are a few highlights in Threads. Even major talents have bad ideas from time to time, and director Mick Jackson nearly cast well-known members of Coronation Street in the main parts. Thankfully, he didn’t, supplying instead early roles for Reece Dinsdale (who went on to star in situation comedy Home to Roost with John Thaw, and play Guildenstern to Branagh’s Hamlet) and Karen Meagher, a familiar character actor on British television. Playing her parents are the late David Brierly (one of the voices of K9 in Doctor Who) and Rita May (Trollied, Children’s Ward). As well as avoiding the casting of ‘stars’ (but nevertheless using brilliant actors) the sense of documentary-realism is heightened by a voiceover linking scenes from Paul Vaughan, a well-known narrator of bona fide documentary series such as Horizon, as well as Lesley Judd (best-known as a Blue Peter presenter) playing a newscaster.

The entire serial is shot on 16mm film, which hugely benefits the aesthetics. The new DVD release restores the cold contrast that was the director’s vision, and also sharpens the picture quality by remastering the original film elements.

The production values are terrific, too. You won’t see better costumes, make-up and special effects in any other drama of the era. Be warned, a lot of it is disturbingly graphic. It’s also a huge boon that they were allowed to destroy and set fire to derelict houses in the Sheffield area before the bulldozers came in. The rubble-strewn streets of devastation, with burnt bodies under bricks and survivors huddling in fear evoke real-life archive footage, such as that used in The World at War, especially the atomic bomb attacks on Hiroshima and Nagasaki during WWII. You won’t see anything more chilling in a television production.

As well as restoring the colour, contrast and sharpness to the visuals, this re-release of Threads is to be commended for the substantial suite of extra features. Mick Jackson, a fount of knowledge on why and how the serial came into being, gives a detailed commentary, and a separate commentary with very different perspectives is provided by lead actress Karen Meagher. There are also four short documentaries in which Meagher recounts her audition, Stephen Thrower puts Threads into the context of the time, and two members of the production team spill the beans on how they made it look so cinematic.

It’s impossible to put into words how brilliant Threads is. We can’t recommend it highly enough. This DVD release is superb.