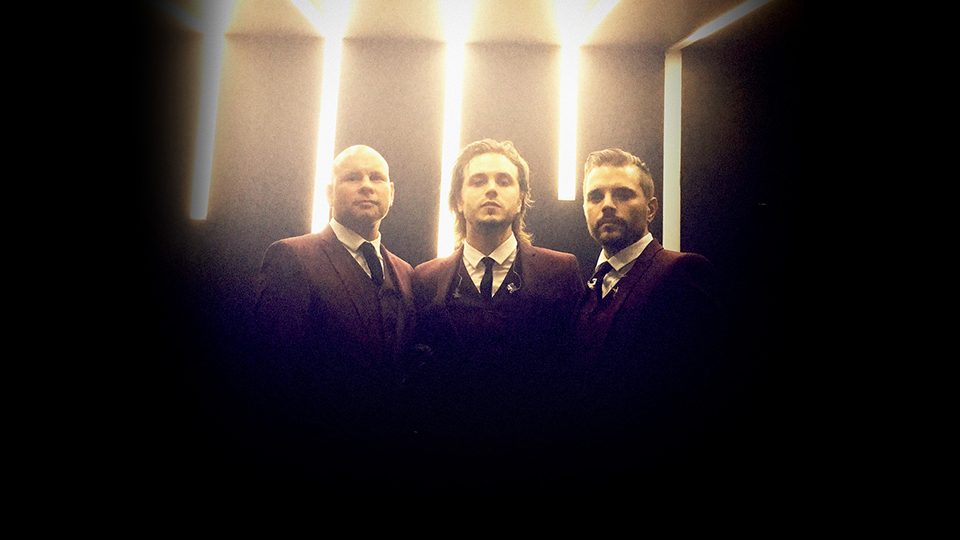 With Country music drama Nashville coming to a close, all eyes are on the main cast members to see what they’re going to do next. Five of the cast – Charles Esten, Sam Palladio, Clare Bowen, Chris Carmack and Jonathan Jackson – have already been performing in the UK as part of the Nashville in Concert Farewell UK Tour and following the success of those shows, some of them have been announcing solo shows. Jonathan Jackson, who plays Avery in the show, has wasted no time in getting his band Enation over to the UK for shows with two headline performances at Omeara in London.

Enation was formed by Jonathan and his brother Richard in 2004 and last year they invited their friend Jonathan ‘Moon’ Thatcher, formerly of the band Delirious?, to join them. Their most recent album Anthems For the Apocalypse, was released in 2017, and last night they played their first ever show as a band in the UK. There’s no doubt that a large number of people bought their tickets to see Jonathan Jackson and when he arrived on stage with Richard and Moon, there was a huge round of applause.

One of the things that really impressed me about Enation was their ability to create a cinematic sound with just three people. Jonathan was on guitar and vocals, Moon was on bass and Richard was on backing vocals and drums. It’s not easy to fill a room with a three-piece band but they managed. They are all talented musicians and their chemistry was clear. It was nice to see Jonathan free from the restraints of his Nashville character and truly showing what he can do as a musician.

Where the set fell slightly short is that it felt like the crowd didn’t know a lot of the songs. There was a feeling that one or two Nashville hits might be dropped into the set list but those never arrived, which led to a bit of a muted audience. A Shock to the System got the biggest reaction of the night as it’s a song Jonathan had been performing on the Nashville tour recently. There wasn’t a great deal of interaction with the audience either and it would have been nice to hear more from Richard and Moon.

Highlights from the set included the stirring Ascending, which really showcased Jonathan’s fantastic vocal range, the punchy Revolution of the Heart, and the epic sounding Anthems For the Apocalypse, the title track of their latest record. If I had to describe the band’s sound I’d say they were a mix between Soundgarden and Radiohead, creating innovative and affecting sounds.

The highlight for me was inspiring and romantic Everything is Possible. Mid-way through the track, Jonathan prompted the audience to sing along and they jumped at the chance. It was a little more of that crowd interaction that could have lifted the audience, even if they didn’t necessarily know all of the songs.

For a debut performance in the UK Enation acquitted themselves well. They have tight musicianship, some great songs and they can create an atmosphere. Perhaps on their next visit, and with more promotion around their music on this side of the pond, audiences will get more familiar with the music. Jonathan was clearly the draw for the evening but I felt that the audience left wanting to hear more from the band and get better acquainted with them.

Set list: 1. Thousand Mile Stare 2. She Drove a Nail Through My Heart 3. Ascending 4. A Shock to the System 5. Digging in the Dirt 6. The Roman Road 7. On the Eastern Sky 8. I See God in You 9. Ultraviolet Empire 10. Everything Is Possible 11. Revolution of the Heart 12. Anthems For the Apocalypse Performance date: 18th May 2018