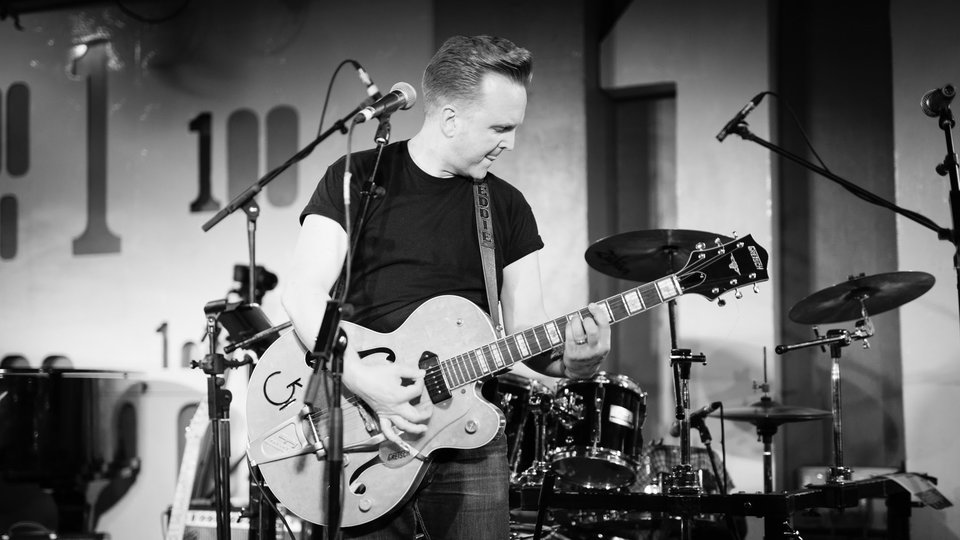 Skelhorn has revealed details of new single, The Human Race, which is set for release in June. The Human Race, follows his critically acclaimed debut, A Wondrous Place of Our Own, which has gathered support from the BBC and radio stations across the globe.

Skelhorn started his musical career at the tender age of 14, he performed in clubs and pubs across the North West of England, the performances were quickly noticed by Radio Merseyside and Radio City, and Skelhorn could regularly be heard and seen on live broadcasts and roadshows. Through this early radio support, he then met and performed with songwriter Bill Dees (Pretty Woman) and Sonny Curtis (The Crickets).

80’s beatboxes meet with raw acoustic guitar as Skelhorn belts out another crossover classic. A journey of self-discovery, The Human Race tells the tale of how we all need to step outside of our familiar worlds from time to time. A catchy, attention grabbing song, propelled by Skelhorn’s unmistakeable tone, this genre-hopping track has all the hallmarks of his unique sound.

Skelhorn’s music reflects old and new, fusing his acoustic roots with electronica and wonderfully authentic vocals. Most recently he played at London’s 100 Club as part of the delimusic live showcase alongside label-mates Niteshifters and Annabel Bennett.

You can watch brand new video from Skelhorn, The Human Race below:

Advertisement. Scroll to continue reading.
In this article:Skelhorn