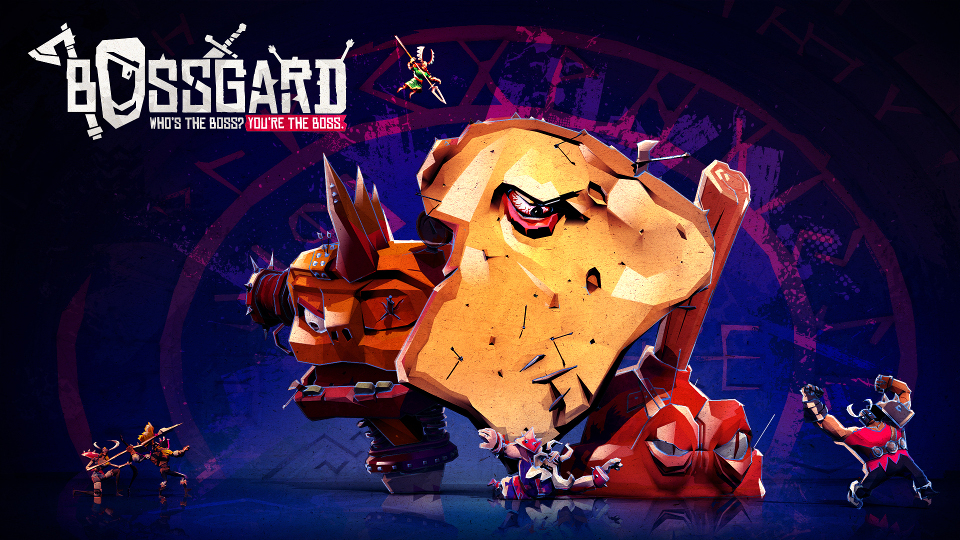 Sand Sailor Studio, developers of the excellent Black The Fall, have announced their latest title called Bossgard. It’s a fast-paced asymmetrical multiplayer game that is heading for Nintendo Switch, PC, PS4 and Xbox One.

The game sounds absolutely bonkers with players taking the role of a powerful boss enemy or one of a team of Vikings. The developers are promising plenty of crazy bosses from a mighty fortress to an angry slice of bread!

Watch the Bossgard reveal trailer below:

The Viking team must work together to take down the boss. There will be a variety of Vikings on offer to suit different playstyles. These include both melee and ranged warriors armed with everything from axes and hammers to bows and bare knuckles.

Battles will be fought in a variety of crazy arenas including concert stages and even a giant espresso machine. Each environment will feature themed traps to bring unexpected gameplay variations and to generally just make things tougher for the players.

EF Games will bring you more details on Bossgard as they are released. Check out the official Bossgard website for more information on the game.

View some Bossgard screenshots in our gallery: