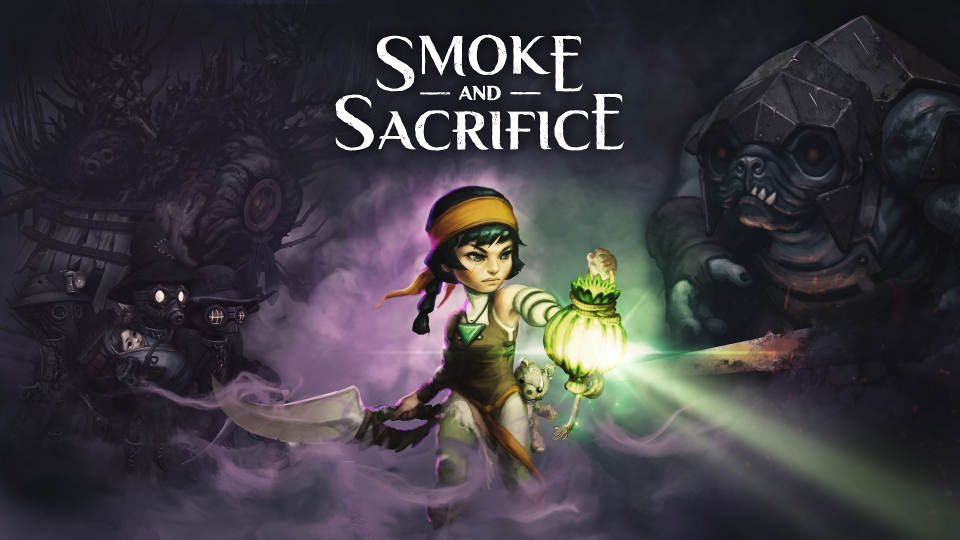 Solar Sail Games has launched a new Behind-the-Scenes video featuring gameplay footage and discussions with key team members who talk about what makes Smoke and Sacrifice’s blend of narrative with survival and RPG gameplay truly compelling.

Starting out weak and vulnerable to the dangers lurking under every rock, you will gradually discover the means to craft powerful weapons which can be used to take on the most powerful of the underworld’s denizens.

Watch the Smoke and Sacrifice trailer below:

Smoke and Sacrifice is set in expansive underworld where grotesque creatures consume each other, pollinate plants, and reproduce in a functioning ecosystem. Watch carefully to discover ways to exploit these relationships to your advantage. You’ll need to trap, tame, lure, and disguise yourself in order to survive and progress.

Sachi’s home is the one tiny patch of fertile land which remains, surrounded by icy wasteland. Her farming community survives only thanks to their devotion to the blazing Sun Tree, which replaces the light of the failed sun. After sacrificing her firstborn child to the Sun Tree, Sachi discovers a darker secret – will she discover the truth of what happened to her son, or perish in the swirling, deadly smoke of the underworld?

View some screenshots from Smoke and Sacrifice in our gallery:

Smoke and Sacrifice is an open-world, narrative-driven RPG where exploiting living ecosystems is the key to your survival. Craft, fight, survive and explore the huge open world in this beautifully hand-painted, gothic adventure where every character has their tale to tell.

Smoke and Sacrifice will launch May 31st 2018 on PC and Nintendo Switch priced at £19.99 with a 20% discount for its first 2 weeks of sale. PlayStation 4 and Xbox One versions will follow later in 2018.