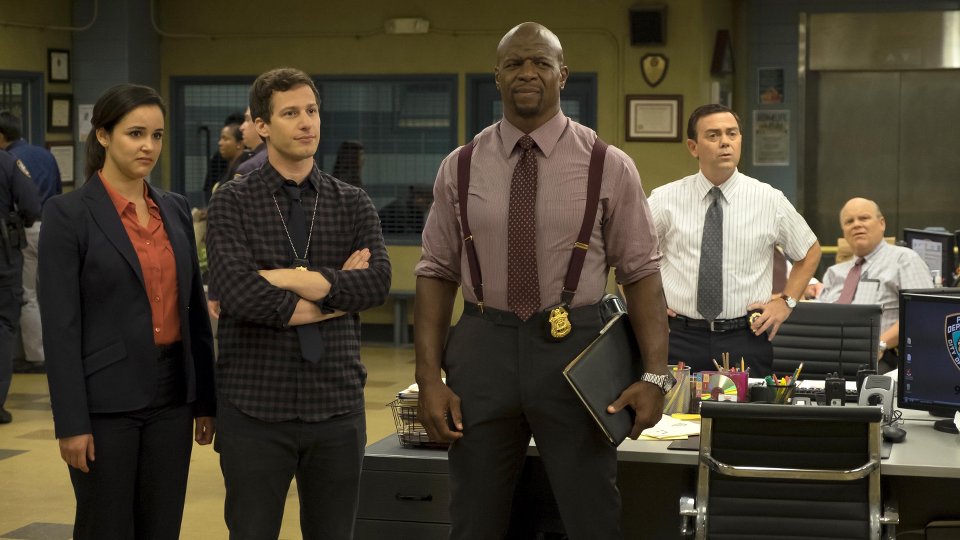 What a week it’s been for Brooklyn Nine-Nine fans when earlier this week the show was cancelled by FOX.

The police comedy is nearing the end of its fifth season and fans had expected it would be renewed for a sixth. When the cancellation was announced, the cast and crew took to social media to express their shock and to thank fans for watching.

As soon as the cancellation was made public, rumours started circulating that a few studios and platforms were interested in picking the show up. Initially it was thought that Hulu would step in to save the show but it was actually NBC, the studio that makes the show, that picked it up.

In a statement NBC Entertainment’s Chairman Robert Greenblatt said: “Ever since we sold this show to Fox I’ve regretted letting it get away, and it’s high time it came back to its rightful home. Mike Schur, Dan Goor and Andy Samberg grew up on NBC, and we’re all thrilled that one of the smartest, funniest, and best cast comedies in a long time will take its place in our comedy line-up. I speak for everyone at NBC, here’s to the Nine-Nine!”

The comedy series has been picked up by NBC for a 13-episode season 6, which is 9 episodes fewer than the previous five seasons. The renewal will likely be a relief to fans who took to social media in droves to express their outrage at the show’s cancellation by FOX.

High profile fans such as Backstreet Boys, Lin-Manuel Miranda and Mark Hamill also tweeted their disapproval at the decision.

The show debuted in 2013 and currently airs on FOX in the US and E4 in the UK. The fifth season is due to come to an end later this month.