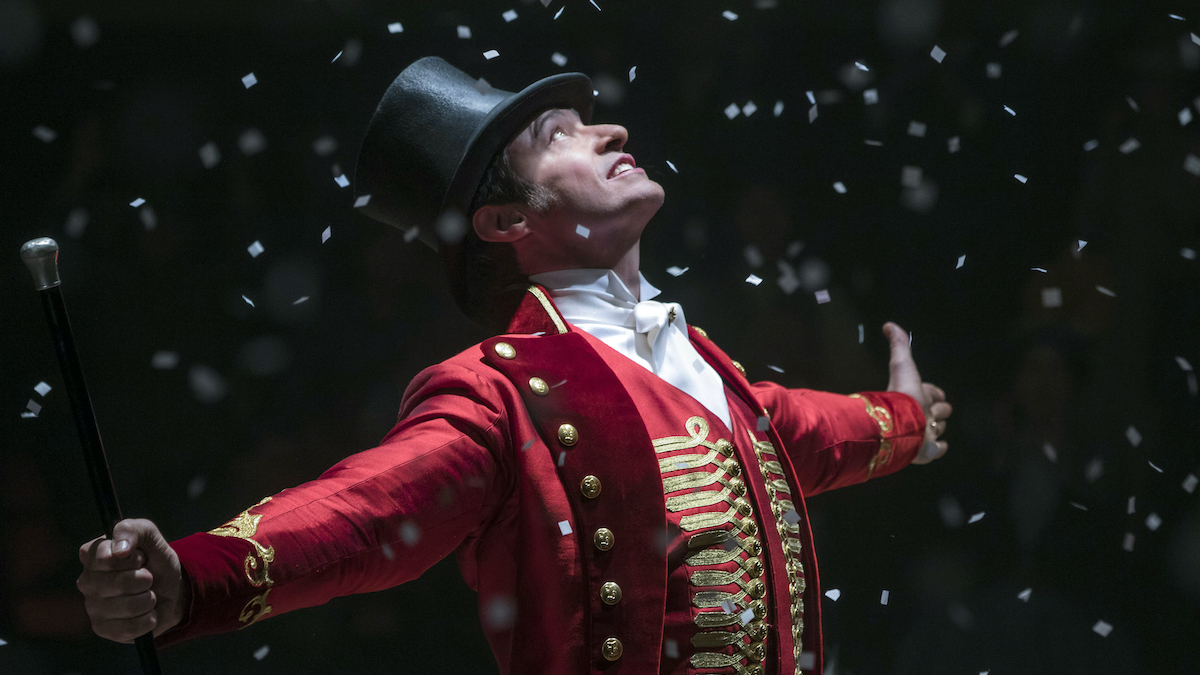 The Greatest Showman was released in UK cinemas back in November. At the time of writing this review for the blu-ray release it is still packing out movie theatres across the country. My local cinema is showing it three times a day, and that’s with Avengers: Infinity War in nearly every other screen. Make no mistake, this film has become something of a phenomenon.

Based loosely on the life of P.T. Barnum, played here with incredible gusto by Hugh Jackman, the film charts his rags to riches tale from the penniless son of a tailor, to the great ringleader of Barnum’s Circus. Powered by an infectious soundtrack of truly memorable songs, The Greatest Showman is an exuberant, uplifting, and emotionally powerful blast of fun.

Mark my words, in a few years time, this film will be the basis of the biggest stage musical on both Broadway and the West End. These songs, written by La La Land lyricists Benj Pasek and Justin Paul are absolute belters. They may not have the complexity or lyricism of Sondheim, but who cares. They are fantastic, heart-bursting-with-emotion, foot stomping, crowd pleasers.

The film is not subtle, nor is it entirely accurate in its portrayal of Barnum. The fast moving plot and flashy direction (from first-timer Michael Gracey) gloss over most of the darker stuff. Sure, there’s a serious biopic to be made about Barnum’s life, his frauds and exploitations. But this ain’t it, and thank God for that.

The cast – a terrific mix of unknowns and famous faces – are fantastic. I genuinely cannot imagine anyone other than Hugh Jackman playing this role with such sincerity and getting away with it. He is outstanding. The four leading ladies, Michelle Williams, Rebecca Ferguson, Zendaya, and Keala Settle each have their moment to shine, and boy do they take it. It might be someone else’s singing voice, but Ferguson’s show-stopping performance of Never Enough floors me every time.

It’s also so wonderful to see Zac Efron doing what he does best. He is an incredibly talented performer, and he has wasted so many years appearing in crap, improvised comedies, it’s a real treat to see him going back to his musical roots. You’re a song and dance man, Zac. Accept it.

Is this a perfect film? Hell no. It’s hilariously earnest, it’s wildly uneven, it’s predictable, it’s bonkers, and moves at such a rip-roaring pace that character and story are sketched in the broadest of strokes. Does any of this matter? Not a bloody jot. The fun and joy of this film massively outweigh any of the negatives. The Greatest Showman is an absolute blast.