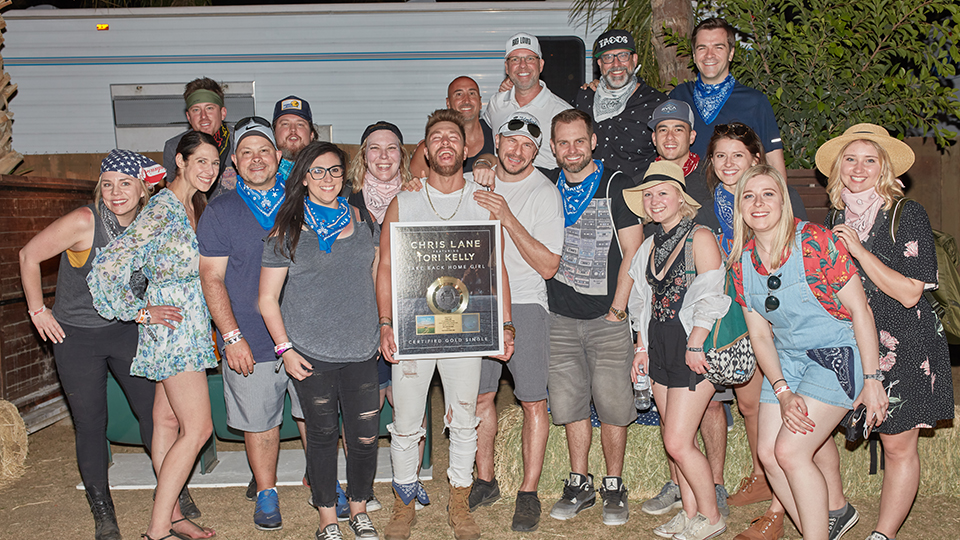 Chris Lane was surprised with a Gold plaque for Take Back Home Girl moments after his Stagecoach debut.

The collaboration with Tori Kelly has scored Lane his third consecutive Gold single following his number one hit Fix and the follow-up For Her. A Gold certification means that a track has had 500,000 sales and streams, a huge achievement for any artist.

Take Back Home Girl, which was written by Hillary Lindsey, Josh Miller and David Garcia, has had over 100 million combined streams and it’s entered the Top 15 on Billboard’s Country Airplay chart.

“I can’t think of a better way to kick off album number two than with a Gold single. The response on Take Back Home Girl has been the biggest of my career and I’m so excited to share this moment with my team,” says Lane. “I definitely want to shout out to Tori Kelly, she’s an amazing singer and the perfect fit for this song. Having her be part of it makes it even more special.”

The track is the lead single from Lane’s upcoming second album, which is expected before the end of the year. The album is the follow-up to Lane’s 2016 debut Girl Problems.

This month sees Lane continue his headlining Take Back Home Tour before hitting the festivals over the summer including CMA Fest, Carolina Country Music Fest, Country LakeShake and Watershed.

In this article:Chris Lane, Tori Kelly