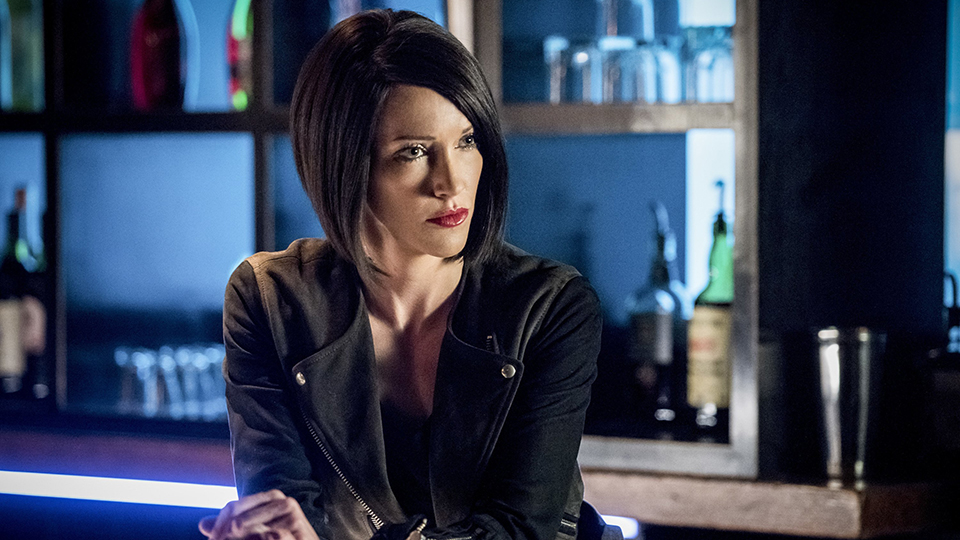 Oliver (Stephen Amell) struggled to tell what was real and what wasn’t after being dosed with Vertigo on the latest episode of Arrow.

His erratic behaviour upset William (Jack Moore) and led Felicity (Emily Bett Rickards) to ask for a break. Oliver started to hallucinate Adrian Chase (Josh Segarra) and started to believe that forming Team Arrow had been a mistake that had taken him too far away from his original mission.

Putting on the original Arrow costume, Oliver went off in search of Diaz (Kirk Acevedo) but was stopped by Felicity who warned him that he was walking into a trap. She managed to bring him back to his senses and it turned out she never asked for a separation, that was Oliver’s hallucinations.

Meanwhile Oliver’s impeachment hearing began and his absence did him no favours. The committee voted to impeach him putting Quentin (Paul Blackthorne) in his place as the Mayor of Star City.

Elsewhere Diaz told Black Siren (Katie Cassidy) that it was time to tell crime families that they could descend on Star City.

The next episode of the season is The Dragon. Diaz and Laurel meet The Quadrant as Diaz looks to grow his empire. Meanwhile, Felicity and Curtis (Echo Kellum) throw everything into building Helix Dynamics.