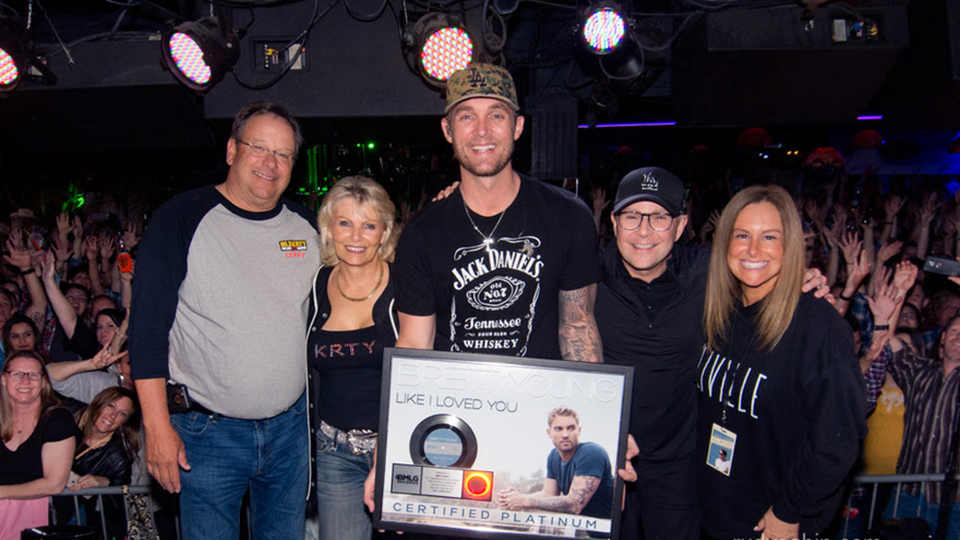 Brett Young has achieved his third consecutive Platinum single with Like I Loved You.

The breakout singer-songwriter was surprised with a plaque by his record label during a sold-out show at The Rodeo Club in San Jose last week. The show was the first of two back-to-back sold out nights at the venue, the first time in 15 years an artist has sold out the venue on two consecutive nights.

Like I Loved You follows previous Platinum hits In Case You Didn’t Know and Sleep Without You, with the former now certified 3x Platinum. Current single Mercy is fast climbing up the Country charts and it could very well follow the previous three singles by achieving Platinum status.

Young is currently on the road with Thomas Rhett for the Life Changes Tour 2018. Last year he embarked on his first headlining Calville Tour, which sold-out every single night.

Earlier this year Young picked up the award for ACM New Male Vocalist of the Year. He was one of the early winners and was called by Reba McEntire, the awards host, who informed him of his deserving win.

Back in March Young was in the UK for C2C: Country to Country 2018 where he performed on the Spotlight Stage and at the first night official aftershow party in London.