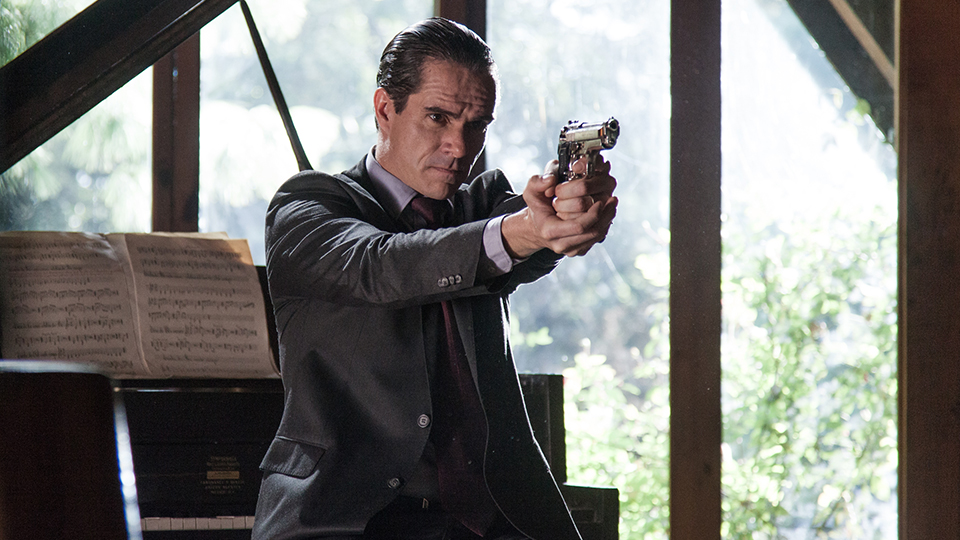 Walter Presents: Mr Avila will return for a second series on All 4 on 4th May 2018.

The gripping thriller from Mexico’s entire second series will be available to stream through All 4. Walter Presents: Mr Avila tells the story of the trials and tribulations of a ‘hitman with a heart’ who struggles to juggle his life as a family man with his career as a top assassin.

Four months after the death of his son, Mr Ávila – a paid killer who runs a murder-for-hire business out of a funeral home – lives a tormented life, paranoid and under threat of death. The ex-cop who occasionally took up work as a hitman to make ends meet is becoming increasingly bereft of feeling, as he searches in vain for absolution for his extensive list of sins.

With his wife María locked away in a mental hospital, and Detective Sánchez playing for his team, it almost looks like Ávila has got the business under control… however when young detective Erika Duarte shows up, the whole operation could be jeopardised. Meanwhile Iván, his assistant, proves trying to work with and a dark secret about his past is revealed that he thought was safely buried with Ávila’s son, Emiliano.

Walter Presents: Mr Avila is an HBO production that has won multiple awards. The first series won awards at ATVC Awards and the Telly Awards. It more recently won an Emmy Award for best Non-English US Primetime Program.

The entire series will be available to stream for free from 4th May 2018.

In this article:Mr Avila, Walter Presents