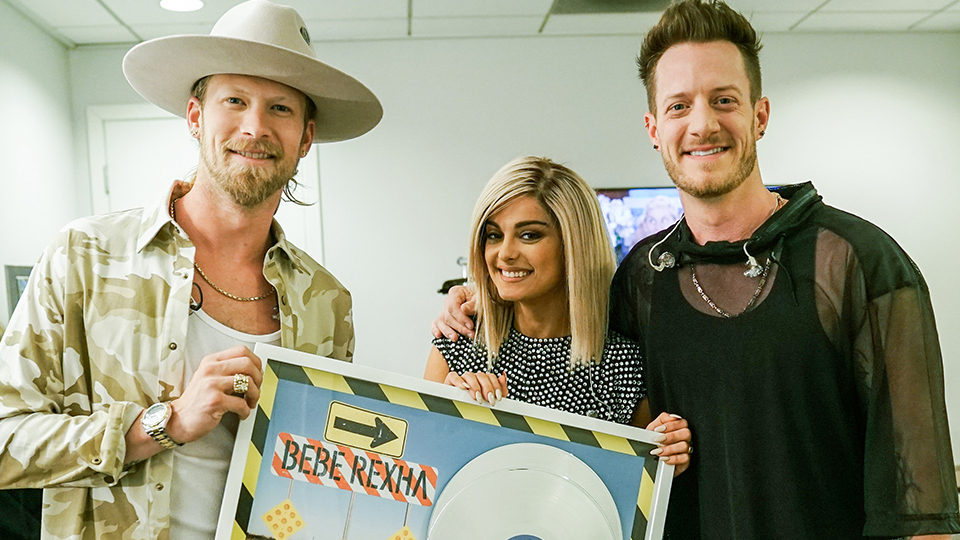 Florida Georgia Line have scored their 14th career number 1 as their Bebe Rexha collaboration Meant to Be hits number one on the Billboard and Country Aircheck/Mediabase Country radio airplay charts this week.

The 2x Platinum single has notched up its 21st consecutive week at number 1 on the Billboard Hot Country Songs chart. The duo now has two of the three longest-leading number 1s on the chart; their 2012 breakout hit Cruise spent 24 weeks at number one.

Meant to Be is also number 1 on the all-genre Billboard Radio Songs chart for a third week and it’s Top 5 and climbing on the Hot 100 all-genre chart. The track is also at the top of Mediabase’s Hot AC for a second week.

“From day one, this song was just meant to be,” shares co-writer Tyler Hubbard. “Bebe jumped in on a canceled writing session last minute and now it’s going down in history.”

Brian Kelley adds, “It’s been nothing but good vibes to see it take off and inspire. Its message is a positive one and why I think it’s connecting with those who hear it. We can’t thank Country radio enough for all of the support.”

Meant to Be was penned by Hubbard and Rexha alongside Josh Miller and David Garcia. It has surpassed 784 million global streams with nearly 4.4 million copies sold worldwide.

The music video for the track has picked up more than 356.3 million views.

Meant to Be is up for Top Country Song at the 2018 Billboard Music Awards where Florida Georgia Line will also vie for Top Country Duo/Group Artist and Top Country Tour. The winners will be announced on 20th May 2018.