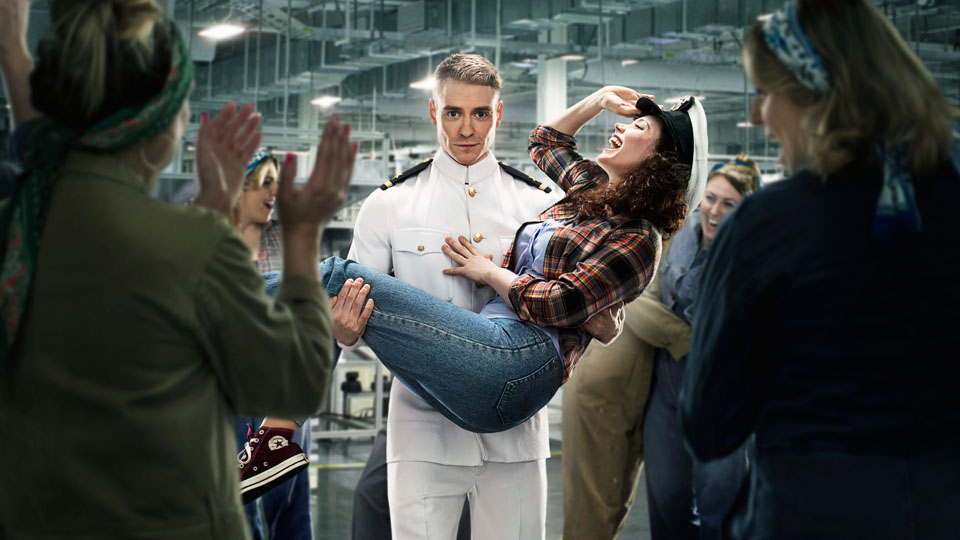 Based on the Oscar-winning film starring Richard Gere, An Officer and a Gentleman The Musical is set to hits Leeds Grand Theatre from Tuesday 24th April.

The new musical, written by Douglas Day Stewart, produced by Jamie Wilson and directed by Nikolai Foster, features many Eighties’ classics, including Alone, Girls Just Want to Have Fun, Toy Soldiers and the hit song from the movie Up Where We Belong.

An Officer and a Gentleman is one of the highest grossing films of all time and tells the story of Zack Mayo, a trainee US Navy Pilot who learns the importance of love and friendship when he falls for local girl, Paula Pokrifki, and tragedy befalls his fellow candidate. Zack must find the courage to be himself to truly become an officer and a gentleman.

The world premiere will star four-time Laurence Olivier award-nominated actress Emma Williams as Pokrifiki and Jonny Fines in the iconic role of Zack Mayo; the role made famous by Gere.