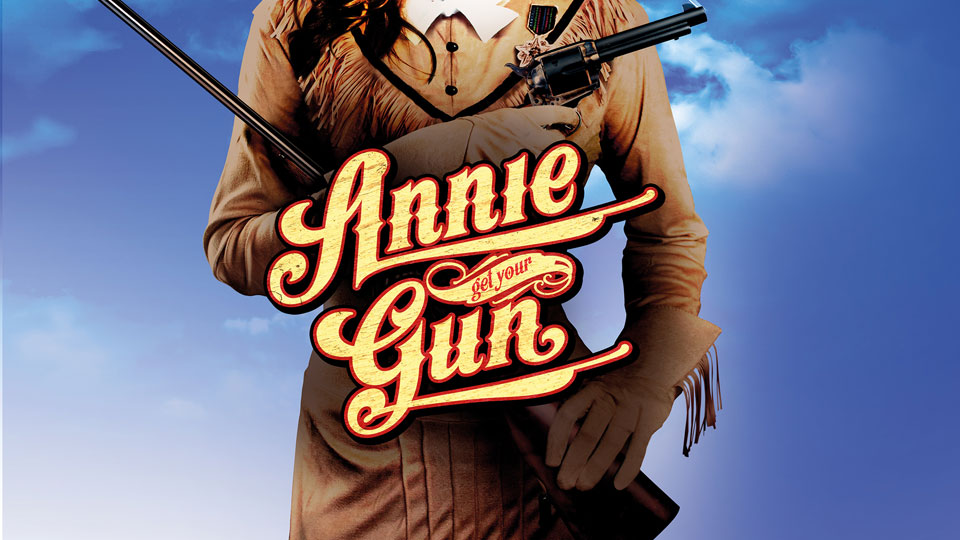 It’s the age old story for women worldwide: a good man who isn’t threatened by female success is hard to find. It is the same for Annie Oakley! How can she bag a good man if she is better than him?

Fortunately we can all heave a feminist sigh of relief when rival sharp shooter, and love object, Frank Butler eventually cottons onto what’s good for him by intentionally matching Annie’s shooting in the big contest between them. Of course, the audience know that Annie would have walked the contest had it not be for her own male friends sabotaging her gun (so she would lose the contest but bag the man, silly!) by saving Butler’s macho dignity from ridicule. Phew all round as the pair eventually emerge as shootin’ and lovin’ equals – culminating in what we suspect would be a feisty and interesting marriage with competition at its core (“Anything You Can Do I Can Do Better” etc.).

This Irving Berlin musical plays fast and loose with the actual historical events around the rivalry and union of Annie Oakley and Frank Butler. But this is no historical adaptation – who needs a reality check when in musical Theatre Land? Instead, allow yourself to bask in the genius of the Irving Berlin score and the accessibility of the story- marked with some excellent performances.

Complete show stealer was Emma Williams in the title role of Annie, a grit spittin’, sharp shootin’ yeehaww of a woman with a perfectly honed ‘Dolly Parton through a cheese grater’ Deep South accent. She imbues what is essentially a two dimensional character with a tangible comedic warmth which shines through as Annie transitions from redneck to seasoned professional circus performer and internationally renowned star. Jonathan Wilkes as Butler delivered a fine enough, solid, performance – although this dimmed considerably next to his co-star’s pleasing effervescence. Meanwhile Chief Sitting Bull was, in all, pretty unconvincing as a famous worldy wise Red Indian abut you can’t help feeling it was intentionally and successfully played thus for laughs by Ed Currie. Similarly the comic tone was helped along as characters are introduced by Buffalo Bill a.k.a. Norman Pace (of comedy duo Hale and Pace.) On the whole it was the well-played comedic characterisation and direction that spelled out to the audience the cues to laugh; and the cues to clap.

The stage set itself was not elaborate and didn’t change very much but it was the supporting cast and (on stage) orchestra who successfully carried the plot and kept the pace of the production flowing pleasingly.

The use of balloons and firing at ‘clay pigeons’ toward the audience – although not clever or astounding in technique– did illustrate, on a basic level, the skill of Oakley and Butler and help drive the plot. Again, this is tongue in cheek musical theatre, not a BBC Four doc and the audience doesn’t fail to be entertained.

Indeed it is in this spirit, at the thigh-slapping reprise of “No Business Like Show Business”, the audience couldn’t resist clapping along rhythmically and cheerfully as per a Variety performance. You could almost see the spirit of Ethel Merman hovering above the stage smiling with approval.

All in all it is an easy, fun, clap-a-long musical romp with more than a touch of comedic panto sensibility, and there is nothing wrong with that.

In this article:Annie Get Your Gun, Emma Williams, Jonathan Wilkes, Norman Pace