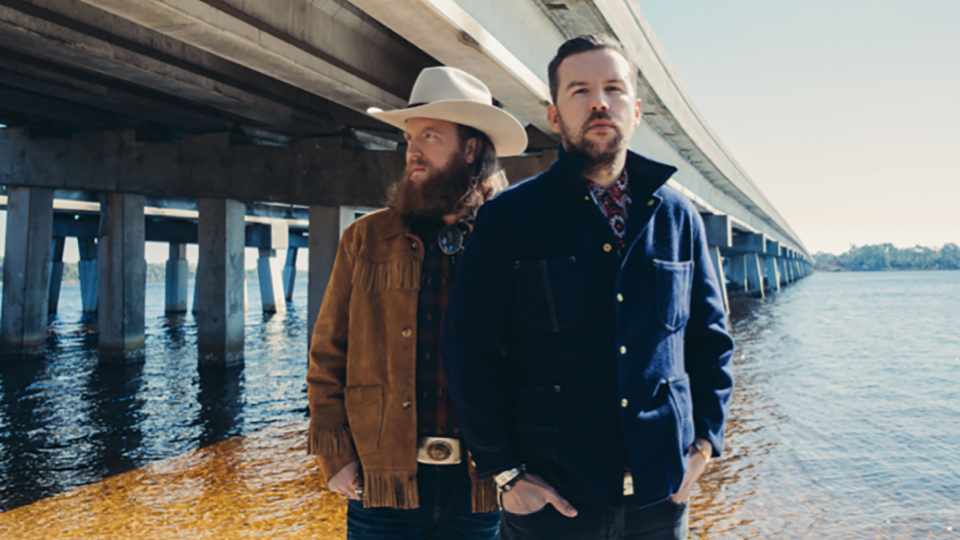 Brothers Osborne achieved a huge breakthrough with their 2015 single Stay a Little Longer. The track threatened to top the charts and it was certified Platinum in the US. It launched the duo’s debut album Pawn Shop and since then they’ve gone on to pick up countless awards including Vocal Duo of the Year for two consecutive years at both the CMA and ACM Awards. Following a relentless touring schedule, Brothers Osborne are finally getting around to new music with the release of their eagerly awaited second album Port Saint Joe.

The album’s lead single Shoot Me Straight has been doing the rounds for a few months now and the duo performed it during their support slot with The Cadillac Three during their UK jaunt at the end of last year. The assured track, which runs for almost six and a half minutes, is an explosive combination of Southern rock and funk that’s almost like a combination of Stay a Little Longer and It Ain’t My Fault. It has so much swagger you can’t help but get swept along with it and once the song moves into the lengthy outro it fully embraces its funk leanings.

As with Pawn Shop, the lead single is only a small snippet of the greatness that the Brothers Osborne can produce. Port Saint Joe opens with the feel-good summery Slow Your Roll, a song that makes you want to drop the top down on your car, crank out the beers and go for a ride. The guitar riffs are tight and catchy, and it’s the perfect hook into the record. The first sign of slowing the tempo comes on I Don’t Remember Me (Before You), which features a very affecting vocal from T.J. It’s a different sound from the band and I can see it becoming a single down the line.

Following the alcohol theme that’s a staple of a good Country song, and also was prominent on the excellent Rum from Pawn Shop, Brothers Osborne recall the good times that come after a night on the Tequila while using it as metaphor for being unable to let go of a woman that you know is going to hurt you over and over again. Elsewhere on the record the gorgeous Pushing Up Daisies (Love Alive) explores the idea of a life-long commitment in a relationship, Drank Like Hank is a barn-storming track that’s going to be incredible live, and Weed, Whiskey and Willie sees the brothers pleading to a lover not to take the three things they need most in life.

The highlight on the record is the seriously funky A Couple Wrongs Makin’ It Alright. The song takes the duo in a completely different direction sonically but it’s one that really suits them. The song is so infectious and it’s destined to be played loudly at plenty of parties this summer.

The album closes with the beautiful ballad While You Still Can, a song that reflects on the passing of time and the importance of grasping opportunities with both hands. It’s an important message and one that we all forget too easily.

Port Saint Joe is a triumph. I thought Pawn Shop was going to be hard to top but I think Brothers Osborne may just have managed it. Port Saint Joe is sonically varied, musically interesting and inventive, and endlessly addictive. I’m pretty sure once I hear the songs live in May during the duo’s headline UK tour, I’ll be even more in love with the record than I already am.

Track list: 1. Slow Your Roll 2. Shoot Me Straight 3. I Don’t Remember Me (Before You) 4. Weed, Whiskey and Willie 5. Tequila Again 6. A Couple Wrongs Makin’ It Alright 7. Pushing Up Daisies (Love Alive) 8. Drank Like Hank 9. A Little Bit Trouble 10. While You Still Can Record label: Spinefarm Records Release date: 20th April 2018