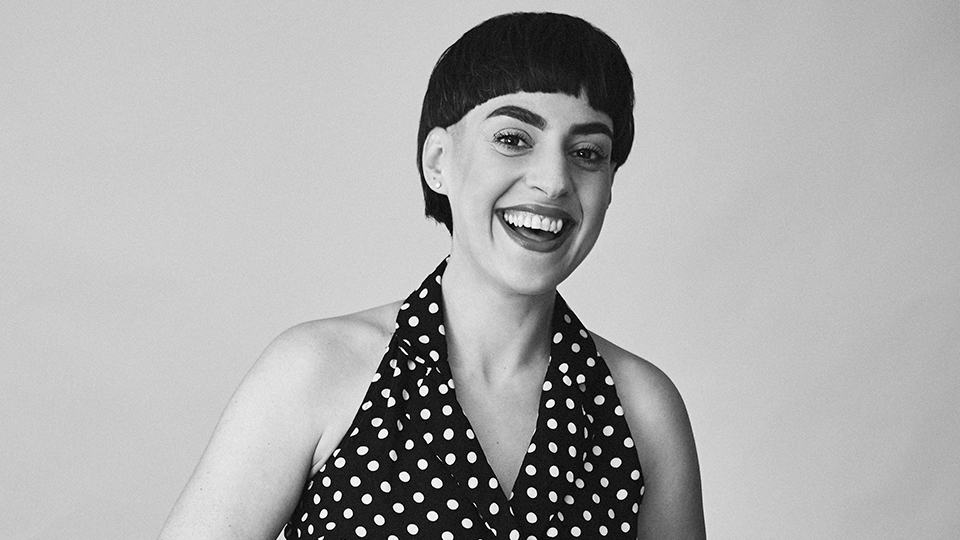 Performing as a special guest on Lisa Stansfield’s current UK tour has been an exciting opportunity for Israeli-born, London-based, singer-songwriter, Irit.
Already an established artist in her home country, she is known for her work on both the stage and screen, and was a founder of the band, Last of Songs.

Her latest appearances in the UK follow up a series of shows supporting Caro Emerald last year, as well as headline slots in February.

Irit spoke with me about creating music that heals, being constantly inspired by the world around her, and settling in to a new life in the UK.

What are you most enjoying about touring with Lisa Stansfield?

The most enjoyable part for me is the opportunity to play my own music. I have a stage, audience and a great venue each time. It’s a great, wonderful opportunity for me.

I am gaining more experience, stage time, travelling in the UK, and hanging with my team.

You toured with Caro Emerald last year and have played some solo shows. How has your live show developed over the last year or so?

It has developed a lot. As much as I practice in a rehearsal room, there is nothing better than performing live as I can see the (audience) reaction straight away. I love to perform live, I think it’s super important.

Also, coming from the theatre, I know that performing live is the most important test in the end. No matter how good you are, if you don’t have an audience to perform to it’s like saying you’re doing only 50 per cent of the job, in my opinion. There are no short cuts.

How is touring different in the UK compared to back home?

Well, I guess it depends on the audience, but there’s not really much of a difference, except I’m speaking in Hebrew in between tunes. And also, in Israel, it’s not common to have a support act. What usually happens over there is there is a guest artist who sings one or two of their own songs, as well as a song with the headline artist, so it is a bit different.

Congratulations on the new album! What did you set out to achieve on Hello, and is it different to work you’ve released in the past?

Thank you. The main thing was to find out, create and develop my own signature as an artist. Find my own sound. That is extremely important to me…it always was, always will be. Yes, it is different from the work I did before, as on this album, all the original material is mine.

I did many projects before and it reached a point where I was frustrated as I didn’t feel it was quite “it”. I was the founder of Last of Songs, a band that gave a different spin and added electronic bits and Arabic musical scales. Basically, I wanted to break down jazz.

In the past I’ve created a documentary film, I was a member in a prestigious theatre group, and I did TV as well, but something was missing, and I knew that I need to take all my own writings out of the box.

What was it like teaming up with Jonathan Quarmby? Did you have input into the production side of things as well?

Working with Jonathan was absolutely a huge pleasure. I enjoyed every minute of it. I see him as my teacher in a way, he has a lot of experience in that field and he has worked with so many artists.

We get along very well together and I was looking for that sort of communication. He understands me in a way only few people do and where I’m aiming. We had a constant dialog every step of the way.

Where did you record, and what was the process like? Did you co-write, or do you prefer to write alone?

I worked on, and recorded the album, at RAK Studios. The process was brilliant.
I started to write when I got my first diary when I was eight years old. I have written my diary every day since then. I write basically everything in it – memories, lists, thoughts, feelings, experiences I had, short texts, poems, poetry slams, DADA writings, short stories.

Alongside of that, I’ve been reading a lot, all types of genres. One of my projects when I was a student was my poetry book. All of this final work I translated into English and brought the whole thing into Jonathan’s studio. I remember his face expression when he watched me take out of my bag notebook, after notebook, after notebook!

I also brought recordings of myself in all kind of musical lines. You can see me queuing in Starbucks, or some shop singing and scatting on my phone recorder. I also brought a lot of references from the music world, cinema world, theatre world, visual art world. I gain a lot of inspiration from there, it’s not just from the music world, I see everything as one big net.

Now, I gain most of my inspiration from the natural world and animals. Nothing is new under the sun. You don’t really invent anything new, you discover it, and that is a huge difference. It changed completely how I see things in life.

I write alone and together, and in every form that will bring up an excellent result to my taste.

Were there any particular messages you wanted to get out to fans through the music?

After the main aim of getting my own signature, it will be great to reach out to people’s hearts and ears and make them forget their troubles. I also would like to challenge people’s ears by creating a contrast between the melody and lyrics.

How would you describe your sound and style to new fans?

My style is a combination of eclectic genres. You can hear the ladino (not latino) influence, progressive rock, pop, jazz, classical music. I don’t describe it. I prefer to play and then everyone can describe it to him or herself.

What reaction are you getting from long-time fans about the new release?

Long-time fans would say it sounds different than what I did before. Although my big sister said she can hear the connection between things. I guess it’s something to do with what I bring to my work.

Where do you source most of your inspiration from? Do you draw on your Middle Eastern upbringing, or is London influencing you more now?

Most inspiration I gain is from the natural world and animals. I hike a lot, have been volunteering in a charity farm, and also from REALationships. I like to go deep, but also know how to keep it simple. I gain inspiration not just from the music world also from the cinema, theatre, and visual art.

Music-wise, I would say both from where I’m coming from, which is rich with culture, and from where I am now.

Why did you decide to move to London, and how have you found the transition in developing a career in music?

I got this amazing opportunity to move to London to try my luck here, so I just grabbed it and came. I was looking for my own signature and decided to focus on my music. I wanted to be my own director, instead of fulfilling someone else’s vision.

What are your goals now, and what do you have planned next?

My goals would be to be happy with my work, myself and to be busy doing my thing.
To be the best version of myself as a person, and as a new artist.

I am so excited to be continuing this tour with Lisa Stansfield, I feel very fortunate for all the insights I’ve gained, and Lisa is a great person to be supporting with an incredible crowd. I’ve got lots lined up for the summer, including a three-date residency at the Troubadour in London on 10th May, 6th June and 5th July. I’m also performing at The Stables in Milton Keynes on 13th June, at the How the Light Gets In Festival on 26th May and Cornbury Festival on 13th July. I’m really excited about all of that. There’s so much to look forward to.

Irit’s album Hello is out now. Catch Irit at the following dates as special guest to Lisa Stansfield this month (April):