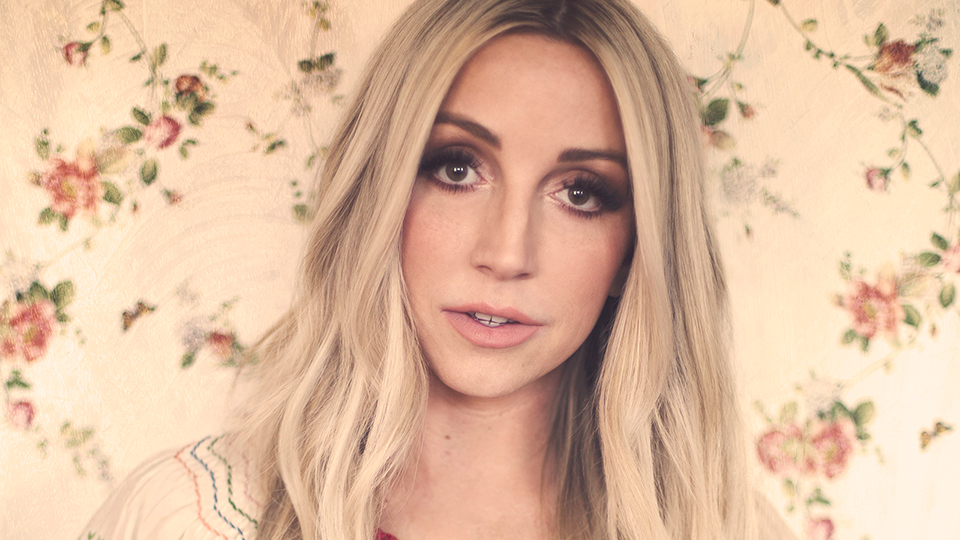 Ashley Monroe is one of the most under-rated artists in Country music right now.

Her 2015 album The Blade was one of the finest albums of its year and Monroe was one of the highlights of C2C: Country to Country 2016. UK fans have been eager for her to return to our shores since then and we’ve been patiently waiting for new music.

Three years on from The Blade, Monroe releases her fourth studio album Sparrow on Friday and it features the sexy lead single Hands on You, a confident and empowering track that showcases a different side to her.

I caught up with Ashley recently to discuss the themes that run through Sparrow, talk about the impact that being a mother has had on her music, and to find out when we can see her performing in the UK.

The lead single from Sparrow is Hands on You. Why did you choose that song to be the first taster from the record?

I had trouble picking one that I thought represented the whole record because the whole record has different parts. There’s sexy songs and then there’s parental songs… just like a lot of different topics. I just love how it sounded honestly. I just couldn’t stop listening to it and I thought it was cool to just come out as a mom and be sexy and show confidence, and show that you can still be womanly. I feel more womanly and confident that I ever have before because of being a mom… it’s kind of crazy. I just love the vibe of the song too and I like riding around in my car listening to it. Hopefully other people will too (laughs).

It’s an incredibly sexy song. It’s quite different for you. Were you nervous to show a different side of what you can do musically?

You know, I really wasn’t and I didn’t really think about it. I’ve always just followed wherever the songs go but Hands on You and Wild Love both came in really clear. I’ve written several more, even the past month, that have that vibe to them. It’s kinda cool… I must just be open to feeling sexy (laughs) because those kind of songs are starting to come in. When Hands on You and Wild Love came out, I was like, ‘I love these songs’ and all my friends that are women love them too. I love to see women liking feeling sexy (laughs).

Sparrow feels like a very personal album that deals with things that have happened in the past things but it’s full of optimism for the future. Was there a concept you had in mind when you wrote this record?

There really wasn’t a concept. All I knew was that I had went away three years ago. There was some stuff happening in my life and I thought, ‘here I am, an almost 30 year old woman and I haven’t dealt with a lot of stuff that in order to move forward needs to be dealt with’. I went to this awesome place in Tennessee and just had intense intense therapy. I won’t go into details because it’s so personal but anybody who’s ever had it knows how much it can heal. When I came back from that, that’s when Orphan… that was the first melody that came in really strong and when I say ‘came in’ I do believe in God and I believe songwriting is a gift but one of the miracles of songwriting, how I do it, is that I will hear a melody so strong that it’s like someone is holding a speaker to my ear. That’s how loud (it is) and I’m not controlling it, I’m just hearing it and it’s just really cool.

That melody (for) Orphan was playing over and over in my head and I would get chills (and say) ‘what is this?’ I sat down on the guitar and worked out that melody and had to find the chords and search for it. I didn’t write any lyrics because I couldn’t match it until I went to write with Gordie Sampson and Paul Moak one day and I played them that melody, then the words just come out. That’s when I could tell… it’s almost like an emotional sneeze I say because you’ll feel like there’s something coming in, like there’s a wave of songs about to show up. I wrote all of these songs on this record in that batch. When I started recording them I could see what it was. .. it was my life, it was coming to terms with past pain, a lot of forgiveness and a lot of freedom.

The record is incredibly cohesive and you can tell the songs reflect a specific period of time in your life. You worked with producer Dave Cobb on the album. What did he bring to the project?

That was my first time working with Dave and I really didn’t even know him that well before but we both just knew it was right. When I was writing these songs I would text them to him and my manager, and the label. We all were in it together. There’s some sort of magic about him, I can’t even put my finger on it, but there’s a sound that he can bring out just by letting you be you. H e’d say, ‘yeah do that’ and I’d say, ‘OK I want to double this harmony’… ‘OK, do it!’ He just let me follow my gut and then just made it sound insanely beautiful. He was really excited about the strings because that room, his studio RCA Studio A, was built for recording strings. It was pretty powerful. We both were looking at each other when this record started like, ‘wow’. We both kind of felt ‘it’… something special… that magic.

You’ve said previously that you don’t feel this record is fits into one specific genre. I very much agree with that statement. Sparrow feels very timeless and classic, harking back to tradition while at the same time feeling incredibly modern. Now that the album’s complete, do you feel that you achieved what you wanted to?

I feel that I achieved everything and more. I made this record February of last year and I listened to it literally non-stop, it was all I listened to. That’s so funny because that’s not like me at all to run around listening to myself but I really am proud and I actually want to listen to this record, it’s funny (laughs). I told Dave I’m Kanye Monroe, I love myself in 2018 (laughs). I’m just really proud of it and I’m really excited for everyone else to hear. I feel different and I feel better I ever have in my life at 31. I see that everything I’ve accomplished was supposed to happen the way it was supposed to but I feel like this is a fresh start for me and I feel that people can maybe hear it on this record.

There is definitely a sense of empowerment and freedom on this record that rides all the way through, which I think is fantastic.

It’s been a couple of years since we’ve seen you on this side of the pond. When will you be coming back?

I’m telling you… you cannot know. Do you know how often I think about coming back and I get on Air B’n’b and just look at places? I absolutely loved it over there. Loved it!

Yeah, fans want you to come back with this record and they’re also campaigning for Pistol Annies to headline C2C 2019…

I think that would really be perfect timing. I need to get on top of that. I felt so at home I’m telling you, I wrote a lot of notes. I was just so inspired everywhere I went. Wild Love came to me in London, that melody came in real strong because I was just amazed at how confident and beautiful everything and everybody was. It inspires me and I hope to come back. I would love to drag the girls over there.

Well I promise one thing, I will figure it out and get back. I can’t stop thinking about it since I left (laughs).

Have you got any plans to do any headlining shows in the states in the next few months or towards summer?

I’m going to do a little show in New York on the 24th at Rough Trade. I’m just going to sing the album, maybe I’ll do a couple old ones but that’s the only thing (right now). I’m excited to see what touring opportunities this album will open up for me. I want to make a plan and figure out, ‘OK how many shows can I do a year with an eight month old?’ and then to build my touring. We’re starting fresh on that too but I’ll definitely be out playing it because I love singing these songs.

Since becoming a mum, have you found that it informs your music and your writing in a different way?

I’m more inspired I guess. The songs I’ve been writing, even in the past few months, I’m so excited about them. Maybe having a son has made me more inspired but I still need my me time to go sit and write and be artistic. I’m a better mom for doing it (laughs).

What’s the one thing you want fans to take away from Sparrow?

Oh I don’t know… let me think about my answer. I guess maybe if you work through the pain and forgive it, you can get to the other side and find freedom, no matter how heavy it is. I feel like I listen to music as my escape and it helps heal so much. I do believe music is so magical in what it can do. Maybe somebody could heal to this record.

Ashley Monroe’s new album Sparrow is released on Friday 20th April 2018 through Warner Music Nashville. Watch the video for Hands on You below:

In this article:Ashley Monroe, Pistol Annies