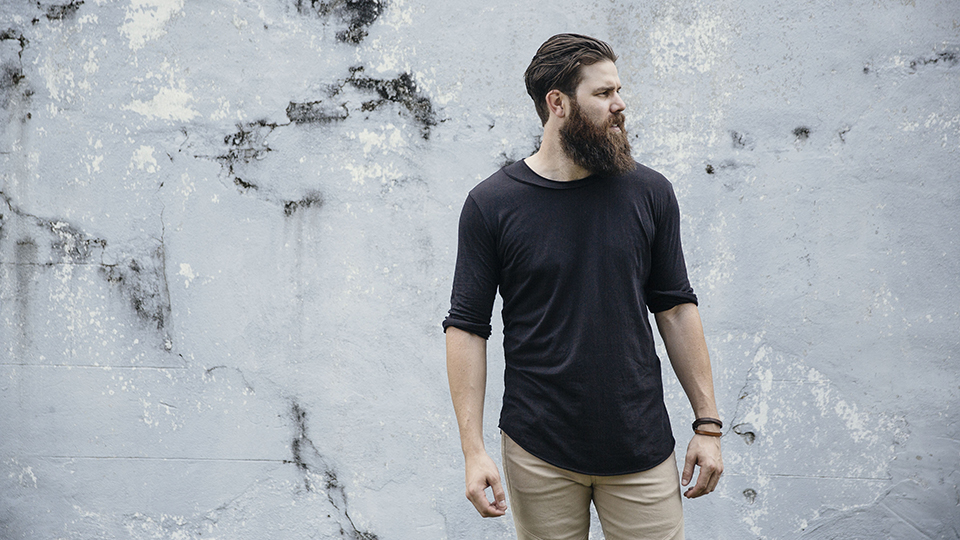 Jordan Davis has been having a lot of success the past few months thanks to the performance of his track Singles You Up.

At the end of March Davis released his debut album Home State, which has been picking up rave reviews across the board. The album crashed into the Top 10 on the Top Country Albums chart in the US and it’s a contender for one of the best albums of the year so far.

I caught up with Jordan shortly after the album’s UK release to talk about the reception its had, discuss the impact Singles You Up has had on his career and to find out when he’s planning a trip to the UK.

Your debut album Home State is finally here. How has the reaction to the record been?

It’s been great. Just the response to it, it’s been pretty unbelievable. We spent a lot of time making this and put a lot of work into so it’s rewarding to see people enjoying it.

The album shows off the variety of your sound with lots of different styles mixed in. What was your aim with this album when you went into the studio?

Singles You Up is the song that’s given you your breakthrough. How important would you say that song has been to your career?

It’s been unbelievable as far as it being the first song I’ve ever released. You never expect the first song to do that and it’s kicked my career off and sped everything up but in a good way. I owe a lot to that song. I’m very proud of it and very thankful for it.

When you wrote that song and recorded it, did you have any idea how much it would mean to other people and what it would do for your career?

Not a clue in the world. I really did not! I knew it was a song that I wanted to keep listening to but as far as what it’s done and it being number two on the country charts right now, never in a million years would I have thought it would do that. You write a song like this that you don’t really think much into what it could mean to somebody but some messages I’ve got from people going through break ups being like, ‘man this song really helped me a lot’. You never expect that stuff but it’s great to hear that.

There were so many songs out there about love and romance but Singles You Up gives a different perspective. Were you consciously trying to do something fresh with the lyrics?

We wanted to be very careful in writing it because we didn’t want the guy to sound like he’s a jerk and we didn’t want the girl to sound like she was a jerk. We had to be very careful in the way we wrote it but I think the way we ended up on it was the best way to write it. When we started this song it took us longer to hone in on the angle to write it at, than it actually did to write the song. It was a delicate song lyric-wise to write.

You can hear lots of different influences in your sound. Who would you say have been the artists that have helped shape that?

I think there’s a lot. I grew up with an iPod so I could listen to everything under the sun. I grew up on songwriters like John Prine and Jim Croce, my dad loved that stuff. Me and my brother noticed that right off the bat and fell in love with that. As I grew up I listened to guys like the Black Crowes, a lot of Southern rock, and then got introduced to Usher in high school. It’s a mix of all those artists that make me who I am and I really wanted to show that through the record.

Let’s talk about your songwriting. What’s your process when you come to putting a new song together?

I usually have an idea first and I try to keep it really, really broad. I love to co-write just because I think you can find different angles on ideas. For me I come in with an idea or just a hook and then give it to my co writers and we see where it goes. I love to write on guitar but I also love to write with guys that play piano. As far as the first in my songwriting process, it always has to come with some type of hook or idea that gets me inspired.

Was there a song on the record that you struggled to get right?

Yeah I have to say Leaving New Orleans. That song was one that meant a lot to me. I love New Orleans. I wanted to do the city justice in the song and I wanted to do the song justice. That was one that just really took a little while to get right as far as the lyrics. That’s my favourite song off the record so I would expect moving forward that the ones that really mean a lot to you, they probably take a little bit longer.

You recently finished the White Wine + Whiskey tour and you had Jillian Jacqueline along for the ride. What was that experience like?

Incredible. I love Jillian, she’s so talented you know and to get to see her play every night. It’s awesome just to be out headlining shows. It’s really cool to know that everybody there was there to see us. We weren’t opening for anybody, it was was just us and our music. I think we both grew a lot as artists throughout that tour.

This summer you’re going to be hitting the road with Jake Owen. How are you feeling about that tour?

You mentioned that you’re excited for the challenge. Do you get nervous at all about playing such big venues or are you just excited?

You know I really am. I feel like I’ve played enough shows now and although I’ve never done this before, I don’t think the crowd size will get to me. I think more it’s a challenge b eing able to interact with that many people. That’s going to be the biggest challenge of it is just trying to make the personal feel that we had on a White Wine + Whiskey tour in those smaller rooms and try to carry that same intimate setting to a whole lot more people. I’m ready for it and I think it’s going be a lot of fun!

What preparation do you do to look after yourself and your voice to make sure you can get through these lengthy tours?

You have to take care of your voice. You’re singing a lot, you’re talking a lot, you’re sleeping on the bus and sometimes you don’t get great sleep. I think it’s just taking care of yourself a nd not staying up too late, not having too many whiskey drinks (laughs) and trying to stay healthy. That’s the main thing for me, looking after yourself first and trying not to get sick.

Can we expect to see you in the UK for some shows soon?

I sure hope so. I want to get over there so bad. Y’all have been very supportive with my music very early. I want to come over and say thank y’all and play some shows. We’re definitely in the works trying to get it figured out. Nothing on the books yet but I promise you I want to be over there before too long!

Maybe you can come over as part of the C2C festival?

Yeah, I hate I missed it this year just with the way the album rolled out. It kind of pushed that back. I was really thinking I was going to get over there for it but I guess we had to push it back and hopefully we’ll get over there next year.

When it comes to who people want to see at C2C next year, your name is high up on the list so fingers crossed…

Absolutely. I really hope so. Y’ll have been so great and supportive. I really wanna come over and say thank you.

Do you have any other projects or things you want to achieve by the end of the year?

Just get back to writing. We’ve been so busy with the promotion of the record, I’ve kind of put writing in the back seat so now that the album’s out and the tour’s announced and we know what we have going forward, my main goal right now is just to get back to writing songs. I’ve got my first write in a while coming up next week and I’m looking forward to it. I have to say that would be the number one goal as of now.

Jordan Davis’ album Home State is available now via Wrasse Records. Watch the video for Singles You Up below:

In this article:Jillian Jacqueline, Jordan Davis