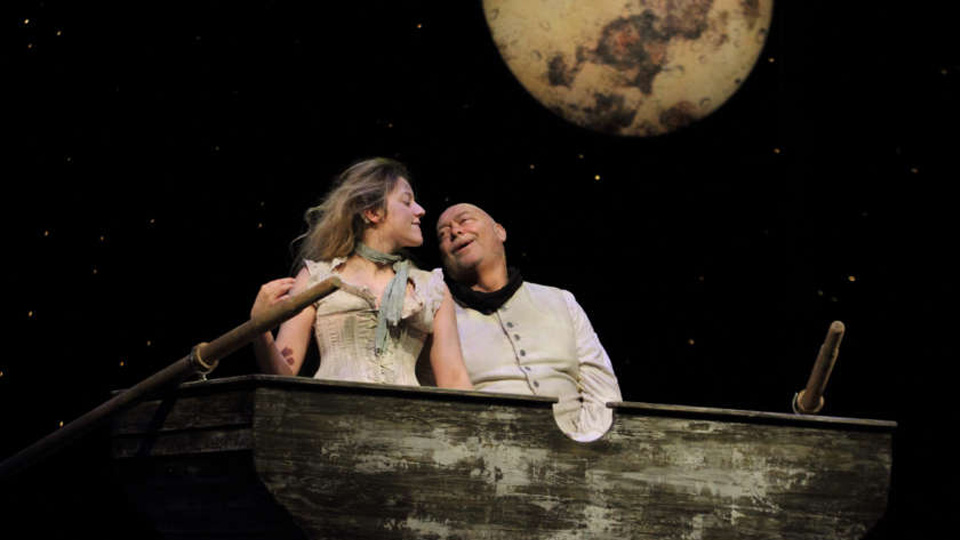 Timberlake Wertenbaker’s classic play based on the true story of Australia’s first penal colony arrives at West Yorkshire Playhouse this month, in a co-production with Nottingham Playhouse Theatre Company and Ramps on the Moon.

Based on the novel by Thomas Keneally, Our Country’s Good explores the machinations within a society of exiled British felons in New South Wales. Convicts are under constant enforcement from the Royal Marines in little more than an open prison; crime is rife, corruption fills the ranks and the prospect of hanging is a daily reality. When a group of convicts are encouraged to put on a stage play, an unlikely cast of performers discover an artform which has transformative effects both on themselves and their captors…

Working with Ramps on the Moon, Fiona Buffini directs a bold and deviceful new version of the 1988 play with a new universal accessibility, featuring on-stage captioning, continuous sign language and optional audio description.

Our Country’s Good seeks to deconstruct and comment on theatre as entertainment, artform and therapy. Combining integrated casting with a company of D/deaf and disabled actors, the narrative undoubtedly takes on an added significance and subverts the expectations of how roles have been traditionally and stereotypically cast.

Performers double up and sign for each other’s characters, giving the performance a choral, collaborative quality which is rich with detail and movement. Like previous Ramps on the Moon outings, there is an abundance of activity to enjoy in every moment, yet its richness rarely overwhelms its focus on character or story. By exploring the performance with D/deaf and blind inclusion, characters are intensified through collaboration and resourced with a unique dimension and voice.

The company in Our Country’s Good. Credit: Ramps on the Moon & Nottingham Playhouse Theatre Co.

A diverse cast doubles up to present a huge range of captivating characters, with standouts including Garry Robson in a bravura performance as Midshipman Brewer, a corrupt, cruel and uncouth officer tormented by his allegiances.

In a masterstroke of technical innovation, Milton Lopes provides on-stage audio description as an Aboriginal Australian, offering a chilling, mystical quality whilst whispering a commentary beneath his breath.

Wertenbaker’s play is a gallant and profound piece of writing. Clocking in at just under three hours, however, it may have benefited from a judicious trim. Some early scenes feel slightly uneven, with the comedic moments fairing better than somewhat drier interludes of expositional dialogue. But this is a small criticism of an otherwise fascinating play; brimming full of jocular, foul-mouthed dialogue which is sure to shock, amuse and educate in equal measure.

Ultimately a play about the power of theatre and an exploration of the rejuvenating power of the arts, Our Country’s Good examines the importance of performance and the opportunities it provides for audiences and artists; offering a creative reprieve to empathise or be somebody else, even for a short while.

Coupled with progressive casting and inclusive stagecraft, this unique version extends that remarkable vision and message even further.