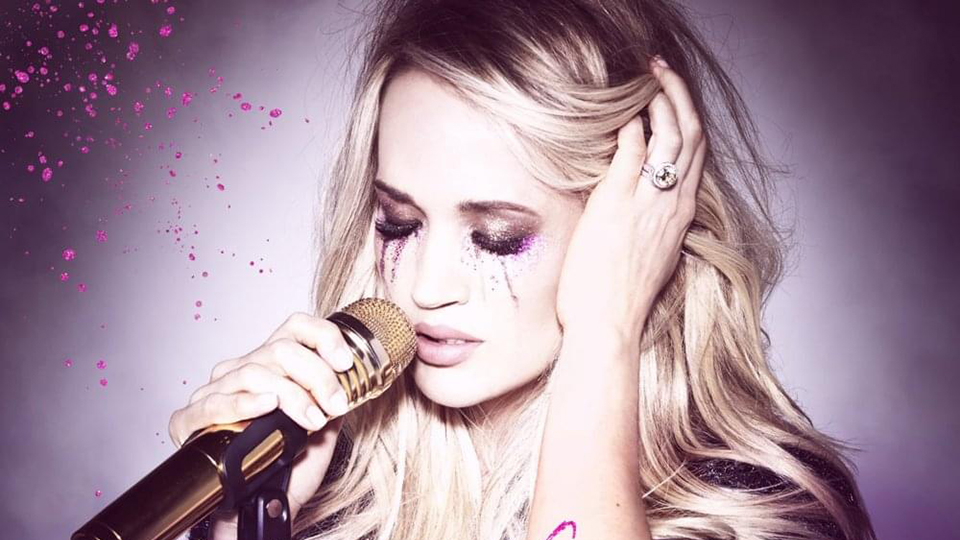 Carrie Underwood has released her new single Cry Pretty following a series of teasers posted out on social media.

Co-written by Underwood with Hillary Lindsey, Liz Rose and Lori McKenna, Cry Pretty. The track is the first to be lifted from her forthcoming studio album, her debut for Capitol Nashville.

“The title refers to when emotions take over and you just can’t hold them back. It really speaks to a lot of things that have happened in the past year and I hope when you hear it, you can relate those feelings to those times in your life. It’s emotional. It’s real. And it ROCKS!”

The post also addresses her recovery following her fall last year, which saw her seriously injure her wrist and require 40 stitches in her face.

‘I’m doing pretty darn good these days! My wrist is almost back to normal, about 90% there…and the docs say that last 10% will come in time. And my face has been healing pretty nicely as well. I definitely feel more like myself than I have in a while.’

Underwood will be performing Cry Pretty live this Sunday at the 53rd ACM
Awards on CBS at 7pm Central Time/1am GMT.

The track is the first new material from Underwood since the release of The Champion earlier this year, which surprised fans by featuring rapper Ludacris.