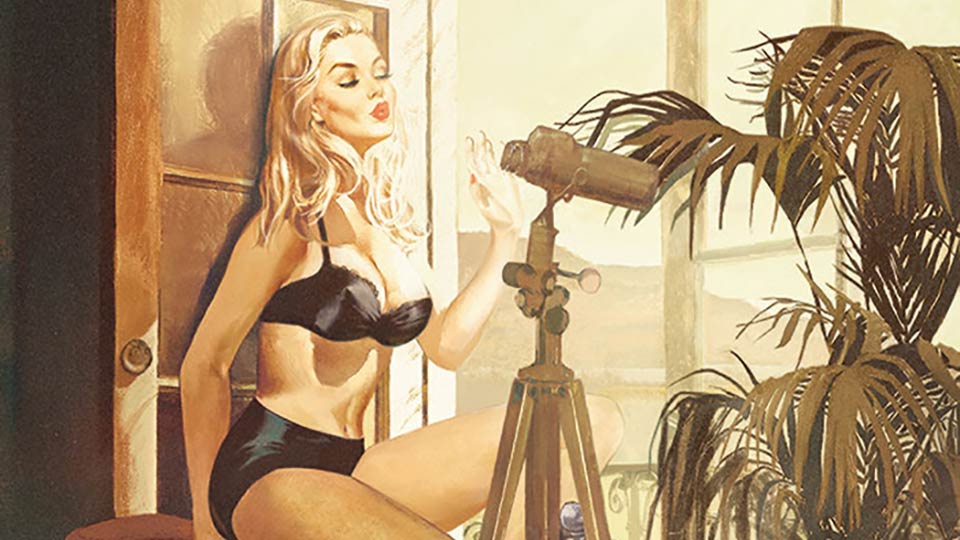 Ian Fleming had hit his stride by the time that Goldfinger – the seventh of his James Bond novels – hit the market in 1959. The movie version of the book, the third James Bond big screen outing (starring Sean Connery as the hero), is widely hailed as a classic. There is little deviation from the book, and producer Cubby Broccoli’s keenness to make a film version early on is indicative of its quality.

It wasn’t always thus for Bond’s literary adventures. With his very first Bond story, and indeed first published work, Casino Royale, Fleming audaciously set out to “write the spy novel to end all spy novels.” His punchy, thrilling story, which introduced James Bond to the world, was also little changed for the 2006 cinema outing that is arguably the finest Bond movie ever made. Yet Dr No, which appeared in print immediately before Goldfinger, feels like a series of set pieces in search of a story, and 1962’s The Spy Who Loved Me is easily the weakest entry in the canon. Sandwiched between, Goldfinger sees Fleming hit a rich vein, combining his earlier flair and confidence with a cracking story, and even a touch of humour and humanity for 007.

Goldfinger follows ground already made familiar by Moonraker – Bond investigates somebody suspected of cheating at cards, and they turn out to be the principal villain of the piece. Hugo Drax in the earlier work, Auric Goldfinger in this one. Having determined that Goldfinger was indeed cheating (and is therefore clearly no gentleman and beyond the pale) Bond finds evidence that Goldfinger’s nefarious activities stretch further and wider, into gold smuggling, and anyone who tries to investigate his organisation ends up dead.

Fleming has a delightful knack for inventive, page-turning prose. Even if you know nothing about cards, the showdown at the table in Casino Royale is thrilling. The passage in the book where Bond has a round of golf with Goldfinger (and gives him a taste of his own medicine) is the only time this reviewer has found the sport anything other than a good walk spoilt. Fleming keeps a high pace throughout, and brings in more than a few incidental characters that gain sympathy or (in the case of Goldfinger’s henchman Oddjob) make for memorable opponents. Those familiar with the film will know the plot well, though there are a few notable differences from the big screen outing, including the famous scene where Bond is stretched out in Goldfinger’s lair. Here, it isn’t a laser making its way perilously close to Bond’s crotch. You’ll find Bond driving the famous Aston Martin, though.

There are some delightful literary touches and tricks that even Vladimir Nabokov may not have resisted. Goldfinger’s first name – Auric – is derived from ‘Au’ – the chemical symbol for gold, for example. And for a novel almost six decades old, it’s unusual and ahead of its time to find explicitly lesbian characters, and there’s no doubting Pussy Galore’s sexual preferences. Though perhaps Bond will still try his luck? Such flourishes retain the novel’s freshness and relevance. It’s little wonder that the author’s works continue to thrill new readers.

This edition of Goldfinger is produced to stunningly high standards. The protective case depicts the tragic Jill Masterson, embossed in gold, stretched across the bed. Fay Dalton’s illustrations capture the period of the 1950s and the literary world of James Bond, and include Jill Masterson observing Bond through the hotel window, Oddjob confronting Bond at Goldfinger’s mansion, the famous golf scene, and the iconic torture of Bond, with Goldfinger laughing maniacally. Bond is clearly based on Connery – which is understandable since it’s impossible to imagine anybody else when reading the book, but Dalton takes her cues from Fleming’s words and presents a new but truthful rendering of the story that accentuates the prose. The book is also bound in cloth hardback and the attention to detail includes double-0 chapter headings that count up from 001.

Why not relive arguably the best Bond outing ever told in print? The Folio Society edition of Ian Fleming’s Goldfinger, illustrated by Fay Dalton, is available exclusively from www.foliosociety.com.

In this article:Goldfinger, Ian Fleming, James Bond, The Folio Society