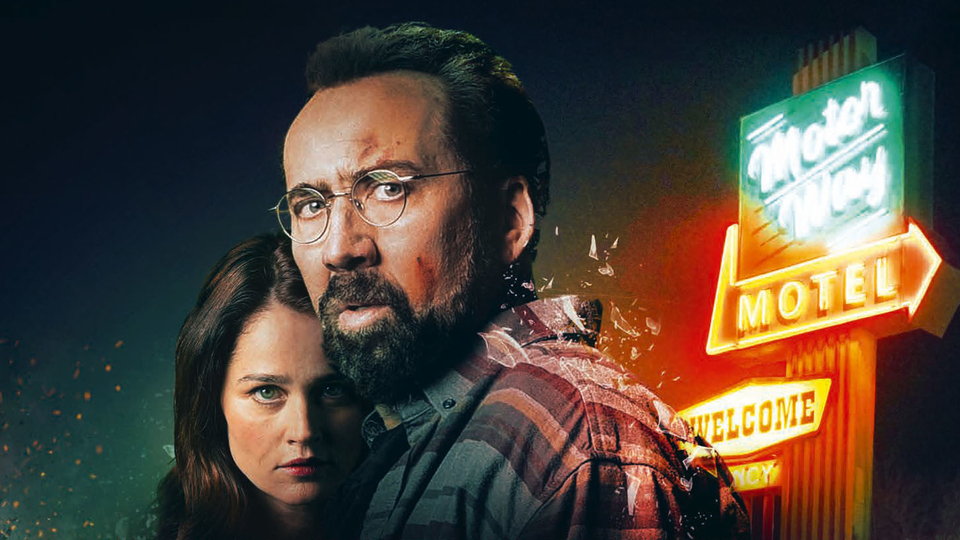 The movie looks to be a classic throwback to the 90s thrillers that were so popular in that era, and features Cage in crazy mode which we all love.

After losing their daughter to a tragic accident, shattered couple Ray (Nicolas Cage) and Maggie (Robin Tunney) purchase a motel in the middle of nowhere in the hopes of starting a new life. But Ray begins to notice strange goings-on, and starts to piece together the history of a bizarre murder associated with the motel.

Poking around in a basement one day, Ray discovers a crawl space, which leads to a two-way mirror into one of the rooms. As he becomes obsessed with the unusual activities that happen beyond the looking glass, his marriage, sanity and his very life are threatened.

Nicolas Cage has been making a lot of movies lately but not all of them have been getting UK theatrical releases. His last movie that did was Mom and Dad (opposite Selma Blair) as parents who want to kill their kids after a mysterious  virus spreads across town and infects all of the adults.

Check out the new trailer below and let us know what you think on the Entertainment Focus social channels.