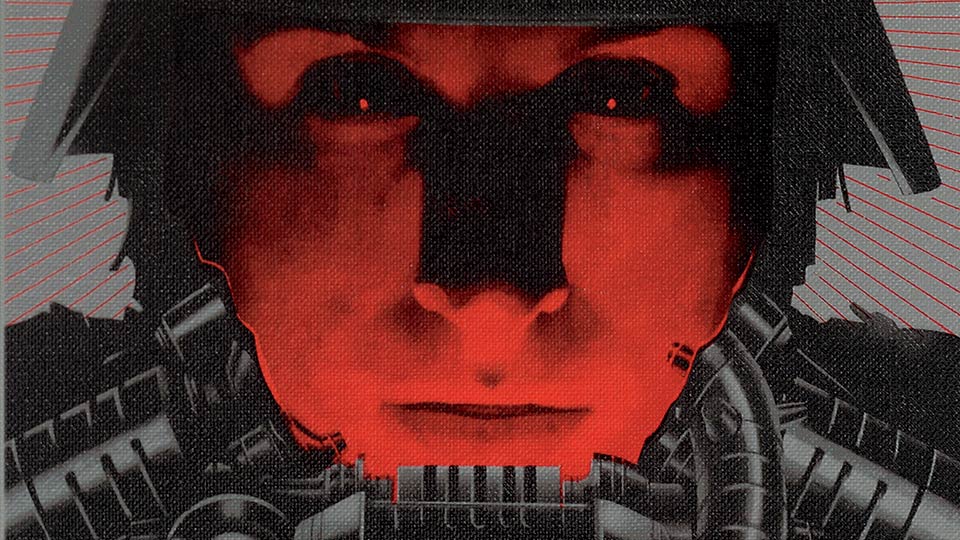 Book burnings are one of the basest actions the human race is capable of. Historical precedents tell us this. Destruction of property is bad enough, but whenever civilizations witness or tolerate the suppression of ideas, it is in deep trouble.

Ray Bradbury’s Fahrenheit 451, (now re-issued by The Folio Society) is inarguably the American novelist’s best-known and most-celebrated work. It has a high-concept premise, a clever inversion upon which the entire novel is hinged. In Bradbury’s chilling world, fire fighters don’t respond to emergency calls to put fires out with water, but rather they respond to hysteria created by the discovery of books, in which case their hoses fire flames at the offending objects, incinerating and obliterating every text. The title derives from the temperature at which paper burns. Why the inversion? Well, it’s the familiar story of brutally oppressive governments who control the populace, and a large part of that is banning knowledge and ideas that may make them ask questions for themselves.

Bradbury’s book was published in 1953 – the same year that Stalin died. The USSR was more effective at banning books than any other empire with an overarching ideology to impose on its subjects (see our review of Yevgeny Zamyatin’s We, the first book to be banned by the Soviets). Disturbing images of Hitler’s stirred-up Sturmabteilung engaged in mass book-burnings would have been fresh in the author’s memory. The UK was yet to witness the flaming pyres of Salman Rushdie’s The Satanic Verses, but that too presaged trouble. In the US, where the book was written, McCarthyism was at its height in 1953. Intended to sniff out reds under the bed (as well as fascists and other political subversives) it descended into hysteria, witch hunting, blacklists and disproportionate moral panic, affecting many writers, particularly those on the political left and in the arts, where there were fresh calls for censorship. Against this backdrop, it’s little wonder that Bradbury conjured his amazing concept and took to his typewriter in a frenzy of creativity (he famously bashed the book out in little over a week).

Illustration by Sam Weber from The Folio Society edition of Fahrenheit 451 by Ray Bradbury ©Sam Weber.

In Fahrenheit 451 we meet Guy Montag, a fireman who develops a friendship with a thoughtful teenage girl called Clarisse McClellan, whose self-evident education starts to open his eyes to the shallowness of life for most people. At home, Guy’s wife Mildred overdoses on sleeping tablets, to which she’s addicted. When she recovers, she returns to her conformist life filled with banal friends and television. Guy starts to feel that there is a hidden world, and remembers an old man he knew called Faber, who may know something about books and what they mean. But if he digs for the truth, will his wife and friends support him? Or will he bring disaster upon himself?

There are sizeable dilemmas for Montag at the heart of the book, but the writing is a touch mechanical, so it feels as if the plot points and world of the story are never fully explored. There’s startlingly little insight into what the government is like. It’s reliant on coincidence that Montag happens to already know Faber, and how to seek him out, and Faber has the necessary knowledge to direct him. At one point, Montag reads a book in public, with no consequences. There are a few characters we grow to care about, but most of them serve the story rather than living and breathing outside of it. Perhaps the rapidity with which Bradbury wrote Fahrenheit 451 is its major flaw – it leaves the reader with the inescapable impression that they are experiencing a rough first draft.

And yet, Fahrenheit 451 endures, and there are compelling reasons for this. It touches on many elements that concern us to this day. The overt censoriousness of our times and the politicisation of the police force are cases in point. Where the firemen of Fahrenheit 451 are policing morals as well as simply providing a civic duty, so too the modern police force – with unintended negative consequences on impingements upon freedom, especially free speech. There’s the persistent, encroaching and pointless war (that George Orwell had written of so superbly in 1984). One thinks of modern, far away conflicts in a similar (and too often dispassionate) fashion. And then there’s wide-scale addiction to sleeping tablets (or other prescription drugs) that make too many people’s lives a living hell. And the relentless diversion from reality through the cheap rewards of social media (which would replace the television entertainment of Bradbury’s world). The author had his finger on the pulse and observed the world around him with unnerving accuracy. But the ideas could have been teased out more satisfyingly in his prose.

Illustration by Sam Weber from The Folio Society edition of Fahrenheit 451 by Ray Bradbury ©Sam Weber.

The wisdom at the heart of his book is knowledge each generation must relearn, which requires young people to see through utopians selling poisonous ideologies as the solution to humankind’s problems. As a story of resistance of control, advocating freethought, it should appeal to young people who like to do their own thinking, however unpopularly iconoclastic. It will also find favour with those intrigued by the imagined dark places and prisons human beings are ingeniously capable of creating for themselves, and for their fellows, whilst simultaneously pretending the opposite.

Presented in black card slip case and hardback with stunning cover image of a fire fighter, and five full-colour illustrations by Sam Weber, as well as an introduction by Michael Moorcock and a retrospective from 2003 by the author himself, The Folio Society’s edition of the book is a thing of beauty in the hand and a work of art on the bookcase. For those who have never read it, at little over 150 pages, it’s a quick read, and a pleasurable one. As a modern science-fiction classic that resonates to this day, as a call for freedom and a celebration of the rich diversity of human ideas, it’s worth visiting. There’s more than enough prescience, moral clarity and resounding relevance to satisfy.

The Folio Society edition of Fahrenheit 451 by Ray Bradbury, introduced by Michael Moorcock an illustrated by Sam Weber, is available exclusively from www.foliosociety.com.

In this article:Fahrenheit 451, Ray Bradbury, The Folio Society