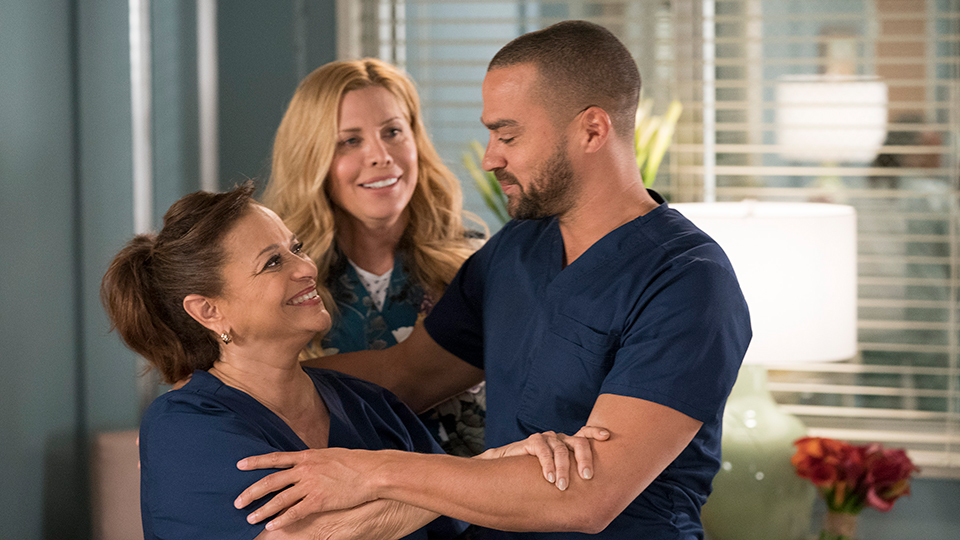 Alex (Justin Chambers), Jo (Camilla Luddington) and Maggie (Kelly McCreary) looked back to their first loves as they prepared to perform heart surgery on a teenage patient on the latest episode of Grey’s Anatomy.

The patient refused a heart transplant until his boyfriend broke up with him. That convinced the heartbroken patient to go ahead with the surgery and by the episode’s end he’s reunited with his boyfriend.

Meanwhile Meredith (Ellen Pompeo) discovered that Marie (Rachel Ticotin) had ended her friendship with Ellis (Kate Burton) after she was left off the Harper Avery award-winning research. Marie agreed to let Meredith have her patent, if she publicly announced what she had accused her mother of doing.

Elsewhere Alex worried when Jo started applying for fellowships around the US but his fears were eased when she proposed to him. Maggie and Jackson (Jesse Williams) were awkward around one another after their kiss and April (Sarah Drew) was honest with Tom (Greg Germann) about her behaviour after they slept together.

The next episode of the season is Caught Somewhere in Time. Jackson, Catherine (Debbie Allen) and Richard (James Pickens Jr) perform a groundbreaking vaginoplasty surgery on a transgender patient.