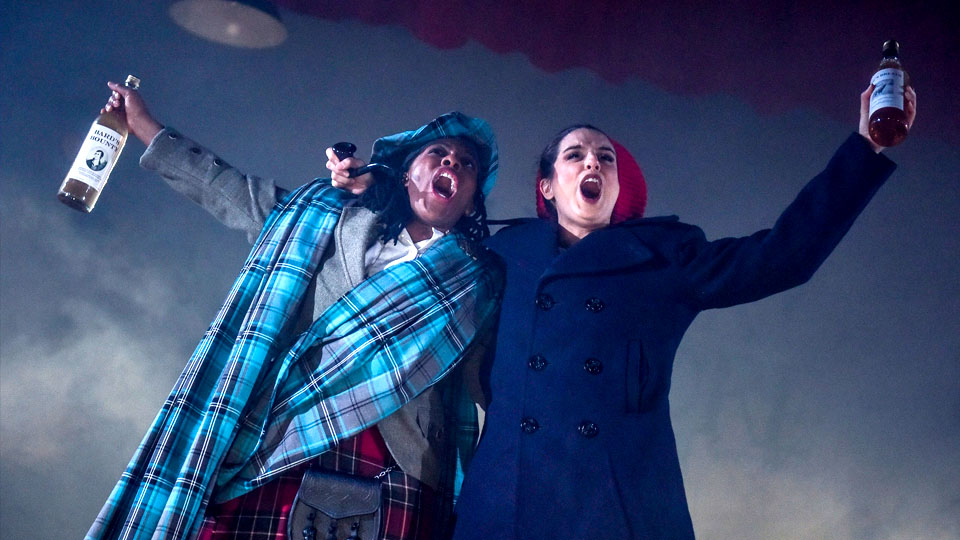 A new adaptation by Philip Goulding of Whisky Galore plays at York Theatre Royal this April, paying tribute to the feisty, fearless all-female touring companies of the post-war years.

The islanders of Great and Little Todday are dismayed to find their whisky supply dwindling, as the government diverts the precious stuff to the Americans in an attempt to bribe them into supporting the British war effort. When a 50,000 whisky bottle cargo shipwrecks close by welcome relief seems to be at hand. Conflict is guaranteed, however, once stuffy Paul Waggett of the Home Guard takes it upon himself to try and prevent the thirsty islanders from taking advantage of their good fortune.

Meanwhile, as in the finest of Shakespearian comedies, two weddings are planned – one hinges on timid George Campbell finding the courage to stand up to his disapproving mother; the other involves a leading English Sergeant’s love for the daughter of a leading whisky filcher.

The Oldham Coliseum Theatre, Hull Truck Theatre and New Vic Theatre production is partly inspired by the true story of the Osiris Players, a troupe of female actors who toured the British Isles from 1927 to 1963. Under the dogmatic direction of the redoubtable Flora Bellerby, witness the Pallas Players – Win, Doris, Flora, Bea, Aileen, Connie and Juliet – as they play all the hilarious and diverse characters from Compton Mackenzie’s comedy classic.

Compton Mackenzie’s Whisky Galore was published in 1947, inspired by the sinking of the SS Politician off Eriskay in 1941. It was adapted into an Ealing comedy film in 1949 and became an instant success.