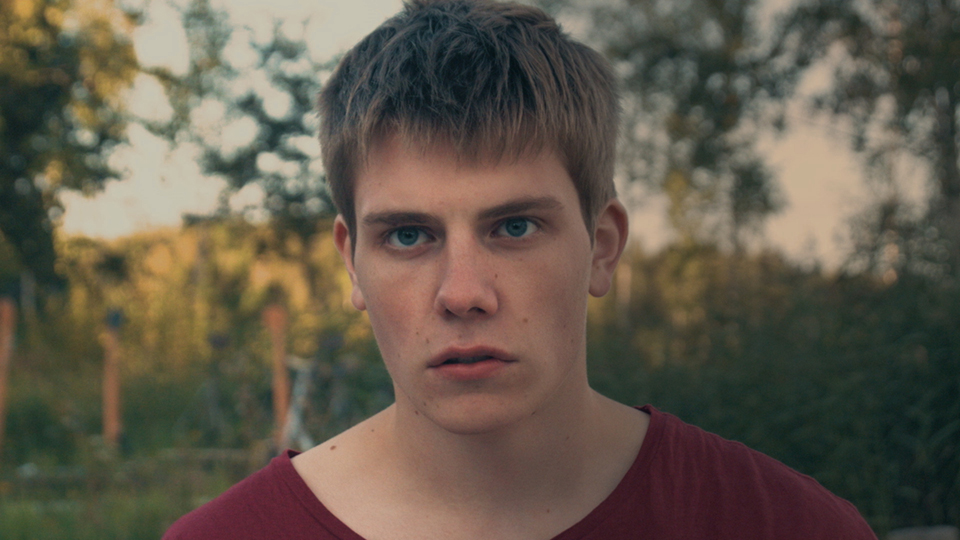 Miku (Mikko Kauppila) is convinced by his older brother to throw a wild party when their parents leave them on their own for a night. That turns out to be a terrible idea and Miku is dragged to the Finnish countryside to spend the summer with his parents, and without his phone, as punishment. Initially annoyed by his predicament, Miku starts to change his tune when he meets Elias (Valtteri Lehtinen). Both 17, the boys hit it off quickly and soon their friendship turns into much more.

Screwed is the feature debut of Nils-Erik Ekblom and it’s a charming and sweet exploration of sexual identity and first love. The film takes a little while to get going, and a distracting montage of moments play out with pause, play and rewind buttons flashing up on the screen at the very beginning, but once it does find its feet it’s a joy to watch. I thought that I knew exactly where the story was going to go and that Screwed would ultimately become a by-the-numbers coming out drama but I couldn’t have been more wrong.

One of the things that I really liked about Screwed is that it’s actually pretty funny. Miku’s social awkwardness is the source of many jokes but there are some other genuinely funny moments too, particularly towards the end of the movie. The dynamic between Miku and his parents is fascinating to watch too. They are obviously just not communicating well but there’s a very well played-out scene in the later moments of the movie that is both touching and laugh-out-loud hilarious.

Kauppila and Lehtinen have fantastic chemistry together, which is another strength of the movie. It’s believable when they quickly turn from friends to lovers, and the progression of their relationship is a classic summer romance with the hope that there’s something deeper there. Both actors play their roles well and together they sizzle. Kauppila in particular shines and it’s refreshing to see a coming out story where the lead character isn’t wracked with guilt or shame. Instead he’s quietly getting to grips with who he is and he lets himself get taken along for the ride.

Screwed is a nice twist on the coming out drama that is popular fodder for LGBTQ cinema. The beautiful backdrop of the Finnish countryside is perfect for this charming and funny tale. You need to go with it for the first 30 minutes but once the story really gets going, you won’t regret investing your time in the movie.