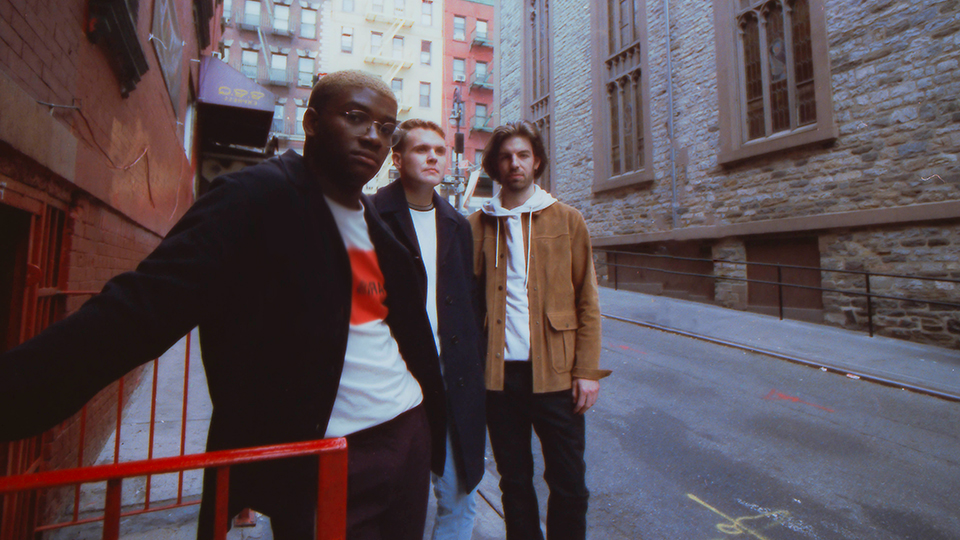 Hailing from New York City, Thirdstory – Elliott Skinner, Ben Lusher and Richard Saunders – formed in 2014. The band released their debut EP Searching in 2016 and opened for breakout singer Tori Kelly on her Unbreakable Tour. The release of their single G-Train featuring Pusha T followed and they toured with Chance the Rapper in 2017 as members of his band. Now the trio have stepped into the spotlight in their own right with debut album Cold Heart.

Thirdstory isn’t an act that you can shove into one genre. At the heart of their sound is their three-piece harmonies, which sound fantastic, and the music is almost secondary. Opening track Searching For a Feeling, which appeared on their Searching EP, is closer to folk than any other genre while G-Train featuring Pusha T has a more hip-hop flavour to it. On both it’s the harmonies of the band that stick in your mind as they deliver flawlessly soulful vocals.

Cold Heart really is a showcase for Thirdstory’s voices. On and On opens with a lo-fi intro that shines the spotlight fully on the band’s voices and it recalls British singer-songwriter Jamie Scott. The song opens up to be an acoustic love song that’s one of the highlights of the record. Current single Still in Love, which appears here in two forms – studio and acoustic – is a classic slice of old school soul that would make Boyz II Men quiver in their boots.

The stirring Goodbye My Friend is a tear jerker of a song, Over (When We Said Goodbye) is a nod back to 90s R&B and Hit the Ceiling is a dreamy mix of beats and harmonies. I’m Coming ‘Round features some of the best vocals on the record and it sounds not unlike a John Legend track. The smooth and soulful production really showcases the power of the band’s voices.

Cold Heart is the kind of album that will grow on you, with little warning. On first listen you may be impressed by the vocals but not remember the songs too much. A few listens will have them firmly lodged in your brain and it’s a real slow burn of an album, that rewards with every listen. Vocally Thirdstory is one of the finest bands we’ve heard in a long time and I can only imagine how powerful they are live.