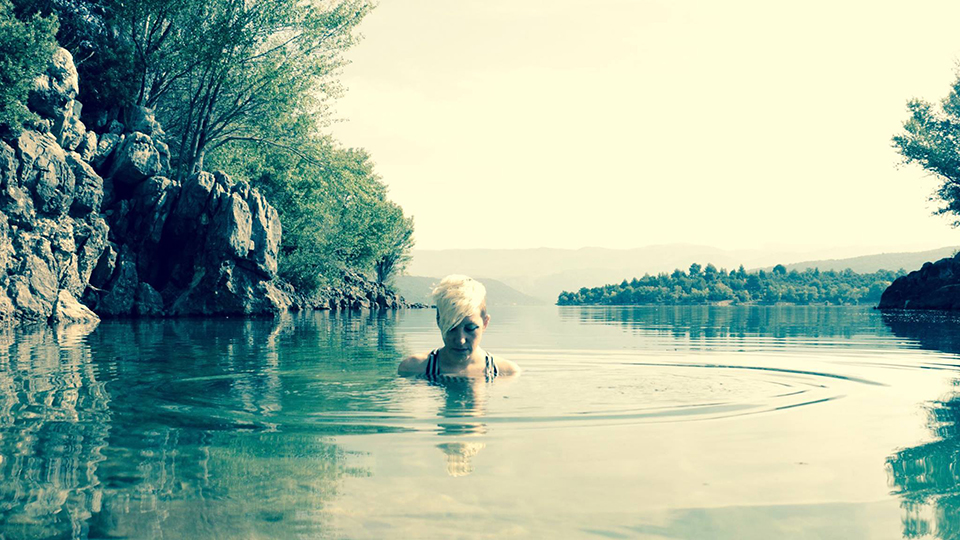 Avant-folk composer Kerry Andrew – otherwise known as You Are Wolf – originally came to prominence with her 2014 debut album, Hawk To The Hunting Gone, which focused on British birds and folklore. Now, alongside Sam Hall and Peter Ashwell, she returns with the follow-up, KELD – named after an old Northern English word for ‘the deep, still, smooth part of a river’.

The album opens with a combination of traditional songs The Baffled Knight and The Shepherd Lad, combining the sound of water and Kerry’s clear, sweet vocals alongside a clapping rhythm. This stripped-back approach echoes how the song would traditionally have been heard and makes you feel like you’re out in the countryside with the song drifting in the air. Andrew is faithful to this approach throughout the album and consequently you’re completely immersed in the landscape, particularly on the atmospheric Witch Of The Westmerlands with its almost tribal drumbeats and evocative descriptions of the Lake District landscape.

Freshwater is a key theme of the album and there are several different representations of water throughout, whether that’s the droplets of clipped guitar melody on the sweet, sorrowful As Sylvie Was Walking or a sample of a burbling brook on Charm, where it adds to the song’s sense of mystery alongside whispered Old English phrases. Andrew and her collaborators do an excellent job of grounding their melodies in the natural world and its folk traditions, particularly on the dreamy, shimmering Dragonfly, which ends with birdsong and a chorus of voices. That said, she isn’t afraid to take a modern approach either, such as on Breathe In Breathe Out with its almost rapping vocals, metallic beats and changes of tempo throughout.

One thing that stood out to me from the album was how Andrew uses vocals. In particular I loved her use of vocals to tell the story and build the characters on George Collins, a ghost story with a twist. The final third is solely Andrews’ breathy vocals, which gradually fade away and add to the spooky nature of the song. Meanwhile, her duet with Lisa Knapp on the delicate The Weeper provides a lovely contrast between Andrew’s higher range and Knapp’s depth and richness.

These nature-inspired, simple melodies often serve as a strong contrast to the lyrics, which frequently deal with dark themes. On Down In The Willow Garden, the slow piano melody and sweet vocals sit alongside gory imagery, but the song is still oddly beautiful. Meanwhile, Drowndown’s heavy drumbeats reflect the sense of warning in the lyrics, where Andrew’s quivering vocals is almost drowned out by the overwhelming music. This loss of innocence and letting go is another key theme, particularly on If Boys Could Swim where a sudden addition of strings rolls in like a dark cloud.

The album concludes with Let Them Be Left, which comes full circle with the sound of running water and brings all the album’s threads together. Its long sustained notes give it an anthemic quality, layered with childlike vocals and the contrasting deep brogue of Robin Robertson’s evocative poem. All of this adds up to an utterly spine-tingling moment and it’s a perfect conclusion to the record.

Overall, whilst KELD isn’t an album for everyone, folk music fans will love it. Andrew has done an excellent job fusing traditional aspects with more modern production, and her original songs blend seamlessly alongside the originals so you can’t tell the difference between the new and the old made new. It’s a record that stays with you long after the final notes fade away, and one that’s very difficult to forget.

Advertisement. Scroll to continue reading.
In this article:You Are Wolf