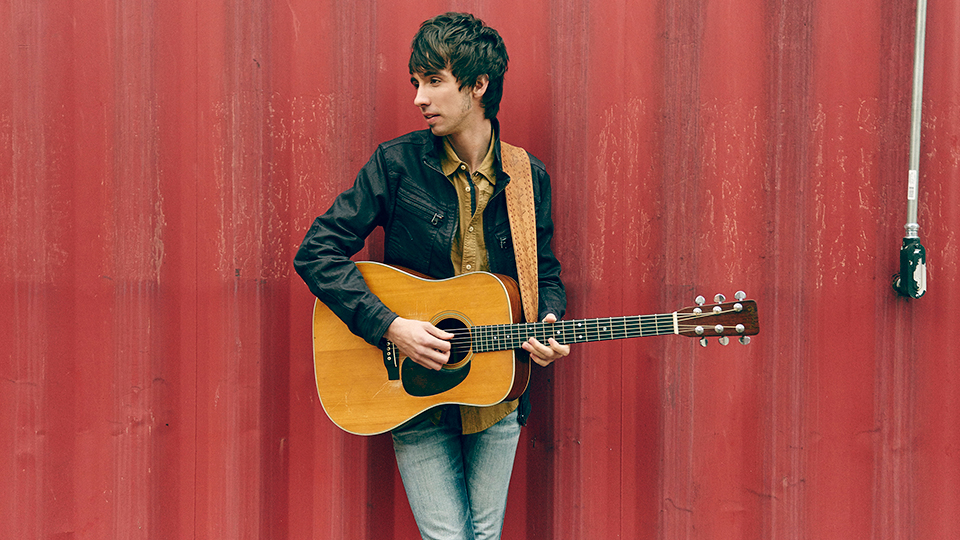 Originally from Illinois, Mo Pitney has been carving out a path for himself as one of the leading artists in the traditional country revival of recent years. After winning over UK fans when he toured here last summer, he was one of the acts I heard people talking about most over C2C weekend. He’s also been out on the road with Ashley Campbell as part of the C2C Roadshow, finishing with a show at London’s Borderline last night.

Pitney walked out on stage with his acoustic guitar to a huge crowd reaction and launched into his cover of Don Williams’ Ain’t It Amazing. The song highlighted the depth and richness of his voice as well as his traditional music influences, and his vocal stood out against the stripped back melody. He then moved into The Old Stuff, which balanced lightly humorous lyrics with a slightly gravelly vocal and showed off his skill as a guitar player.

Throughout the set Pitney performed a mix of original material from his debut album Behind This Guitar as well as several cover versions. He had the crowd singing along to the uptempo Come Do A Little Life and the ‘cute’ Boy And A Girl Thing, which showed off the smoothness in his vocal. I also really liked I Met Merle Haggard Today, with its jangly rhythm and impressive guitar riff. Although he initially seemed a little uncomfortable on stage, as the set progressed he seemed to relax into it more and was chatting with the audience about songwriting and even missing his daughter’s first steps to be in the UK!

However, the area where I felt Pitney really shone were the ballads, particularly new song Here I Am which told the story about tracing his ancestry back to Ireland and London. It’s an intricate, complex song with multiple layers and really showed Pitney’s talent for storytelling and creating characters. His ringing vocal really filled the space and made it feel a lot bigger than it is. The melodic The Way Old Friends Do was another highlight, with Pitney packing some serious vocal power without it feeling forced.

For part of the set Pitney brought out his brother Blake and sister Holly and they performed some classic country songs, including a rousing take on Roger Miller’s King Of The Road and a rock and roll-influenced version of Big City by Merle Haggard. Their voices blended really nicely together, particularly on the soaring Till The Rivers All Run Dry and the soulful, driving The Way It Is, and I’d really like to hear them record more together in the future.

Pitney finished his set with Country, the opening track from his debut album. It’s a catchy, uplifting song which got the crowd clapping and singing along and really showed off the warmth to his voice, as well as some great evocative imagery of the country lifestyle. The almost a capella finish to the song brought the whole performance full circle and the audience responded with thunderous applause and cheers.

Overall I was very impressed by Pitney’s performance. He’s not an artist who goes in for a lot of flashy tricks and vocal runs, but to be honest I don’t think he needs it – his fantastic vocals, great guitar playing and quality songwriting are more than enough. The only thing I would have liked is to perhaps hear a little bit of his original material, but otherwise it was a strong performance and shows why he’s flying the flag for traditional country. He mentioned recently that he’s working on a new album and based on this show I can’t wait to hear more.