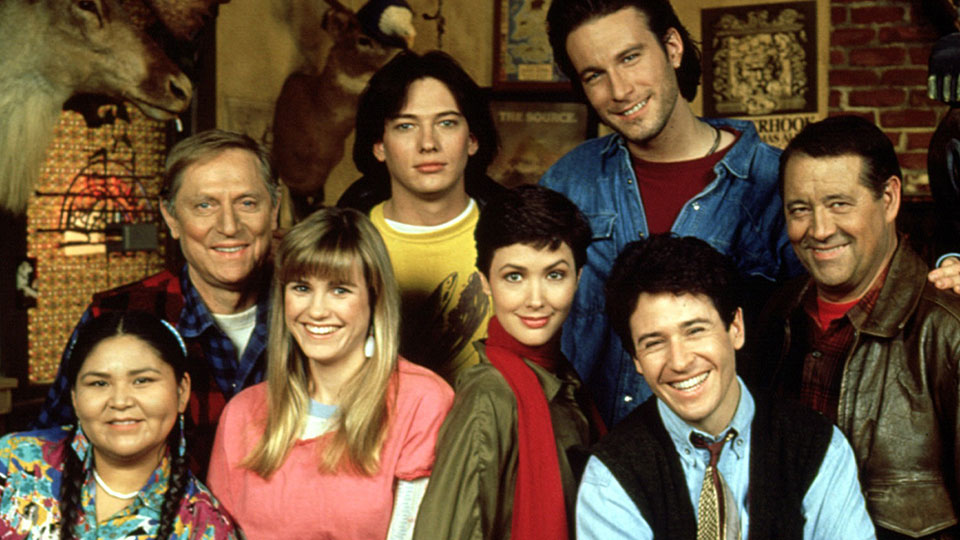 Enjoy once again, now fully restored and in hi-definition, all 110 episodes, over 6 seasons, with all the original music just as you remember it.

Premiering on CBS in 1990, Northern Exposure was created by Joshua Brand and John Falsey, the team behind St Elsewhere. Only eight episodes were originally commissioned, but half a season turned into six seasons. David Chase (The Sopranos) was executive producer of the show from 94-95. He’s a grumpy sod and said “I hated that show. I only did it for the money.” Guest stars included Adam Ant, Jack Black, Peter Bogdanovich, and Joanna Cassidy. Following contract disputes Northern Exposure finished after six seasons in 1995.

Joel Fleischman is a nebbishy Jewish doctor from New York City, and a fresh faced medical school graduate. He’s also about to begin the four year service contract he promised to the state of Alaska, who financed his education. But he just happened to forget reading some of the stipulations in his contract which has assigned him to the small post of Cicely, Alaska – a town of 215 people that welcomes it’s newest resident with open arms. As he contends with the daily lives and rituals of these all too normal and trusting folk, Joel just might realise that Cicely’s quieter ways are probably more civilised than the hustle and bustle of Manhattan. Made up of Cicely’s various residents, patients and friends of Fleischman include wealthy former astronaut Maurice Minnifield; feisty pilot Maggie O’Connell; mayor and saloon owner Holling Vincoeur; his sweet, naive waitress girlfriend Shelly Tambo (who’s old enough to be his daughter); intellectual ex-con and disc jockey Chris Stevens; Joel’s far wiser and very quiet receptionist Marilyn Whirlwind; kindly store owner Ruth-Anne Miller, and avid film buff Ed Chigliak.

To celebrate the release we’ve got 1 copy of Northern Exposure Season 1 – 6 on Blu-ray to give away. All you need to do to be in with a chance of winning is enter below…

Advertisement. Scroll to continue reading.
In this article:Northern Exposure