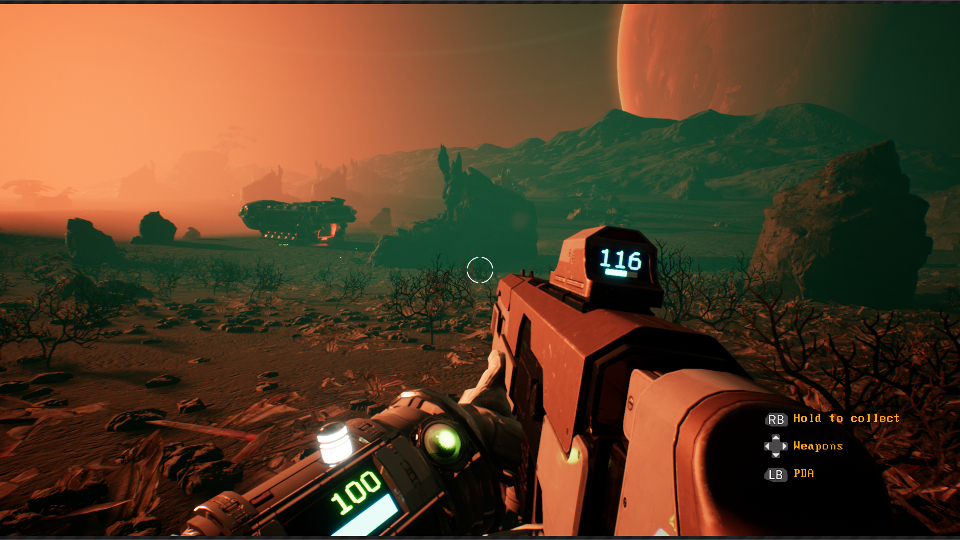 Team17 and German independent developer Radiation Blue have released a new trailer for Genesis: Alpha One. The game features a unique mix of roguelike, FPS, base-building and survival elements. Your goal, as the Captain of a Genesis starship, is to journey into uncharted space to find new homes for humanity’s DNA and save the species from extinction

The trailer reveals the ability to land upon a wide variety of different planets within the galaxy to mine resources and explore for artefacts, new weapons, blueprints and transmissions. You’ll be able to leave your genesis starship by departing in your trusty harvester located within the hangar.

Watch the Genesis: Alpha One planetary landing trailer below:

Setting foot upon the dusty surface of a new unexplored planet, your crew of clones will begin to mine the planet for vital resources such as iron, iridium, aluminium and more. You’ll need to keep a watchful eye for any hostile alien lifeforms that inhabit the planet. Defeating any threats will not only keep your crew safe but also enable you to collect biomass which will enable you to create new kinds of clones for your mission.

Genesis: Alpha One is heading to Xbox One, PS4 and PC later this year. Check out the official Team17 website for more information.

View some Genesis: Alpha One screenshots in our gallery: