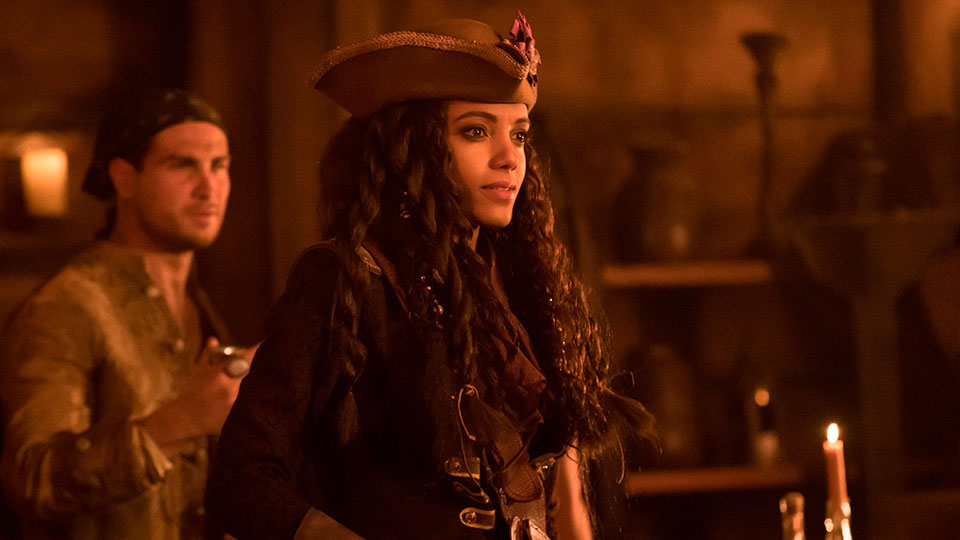 Zari (Tala Ashe) found herself in a Groundhog Day situation on the latest episode of DC’s Legends of Tomorrow.

Follow a mission that went wrong, Zari was tasked with fixing the Waverider. While looking into the mechanics, she was hit in the face with a substance and moments later the ship blew up.

That led to her going through the same chain of events over and over as she tried to prevent the Waverider from exploding and killing everyone. Mick (Dominic Purcell) found Agent Gary (Adam Tsekhman) on board the ship and he was causing the repetitions to prevent them all from dying.

After Mick destroyed Gary’s device, Zari tried to sacrifice herself to save the rest of the team. She soon found out that the whole thing had been orchestrated by Gideon (Amy Pemberton) to show Zari that she needed the Legends to help save 2042.

Once she regained conciousness, Zari came clean to Sara (Caity Lotz) about trying to save her brother.

The next episode of the season is The Curse of the Earth Totem. Things go wrong in 1717 when a lead on the long-lost Earth Totem leads the Legends into a hunt for Blackbeard’s treasure.

Tune in to Sky 1 HD at 8pm on Wednesday to see the episode. Preview the episode with our gallery below: