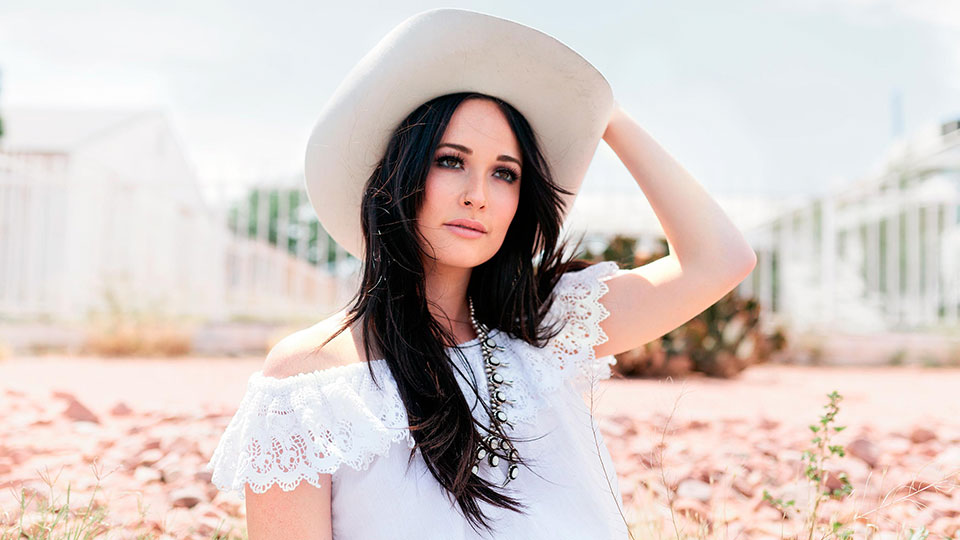 The announcement that Kacey Musgraves would be headlining Day 2 of C2C: Country to Country at The O2 Arena in London was met with a decidedly mixed reaction. Debate began online as to whether she should be considered a headline act and her performance at C2C 2016 felt a little flat after Chris Stapleton raised the roof moments earlier. I was actually pleased that Kacey has graduated to headline status as the UK is one of the countries that have really embraced her music over the years. Ahead of her performance Musgraves has released the details of her third studio album Golden Hour, teasing fans with two new tracks – Butterflies and Space Cowboy. Earlier this week she played an exclusive Spotify Fans First event for some of her biggest fans in London, giving a taste of what to expect this weekend.

Whether or not Musgraves was aware of the negativity around her headline slot on social media, she certainly came out fighting last night and she delivered a pretty spectacular performance. Things opened pretty low key with a rendition of Slow Burn, the opening track from her forthcoming album Golden Hour. That song led into the punchy Stupid from Musgraves’ 2013 major label debut Same Trailer Different Park, which upped the tempo thanks to its driving beat. Early on in the set Musgraves told the audience that she would be trying out new songs from Golden Hour throughout the night saying she ‘hoped you don’t mind’. Her new material was likely part of the draw as it’s been just over two and half years since the release of her second album Pageant Material.

Butterflies, one of the two tracks she’s released for streaming and download from Golden Hour, arrived next and it got a very warm reception from the crowd. Lyrically and melodically it’s different from what fans are used to be it proved to be a fitting introduction to what we can expect from the new record. A nice addition early on in the set was Mama’s Broken Heart, a song Musgraves co-wrote that was recorded by Miranda Lambert for 2011 album Four the Record. Having heard fellow co-writer Brandy Clark perform it before, it was interesting to hear Musgraves’ version and it certainly got a reaction from the audience.

Something that Musgraves has definitely been working on is her stage presence. I remember feeling that she was a little too static during her 2016 C2C set but that certainly wasn’t the case last night. She was pretty dynamic utilising the whole of the stage, sometimes playing guitar and frequently moving around. For new track Velvet Elvis, one of the most sonically interesting of her new songs, Musgraves walked through the audience to the Spotlight Stage where she went on to perform the beautiful Rainbow, a song she wrotes years ago but hadn’t found a home on any of her albums until now.

Vocally Musgraves was on fine form. Her voice sounded clear and strong throughout the set and her she sounded beautiful on Space Cowboy. That song is more of a traditional ballad than anything we’ve heard from her before and I was really impressed. Elsewhere she put in some fan favourites such as the tongue-in-cheek Family is Family, the dreamy Late to the Party and the empowering Follow Your Arrow.

For the encore Musgraves performed a solo acoustic version of Merry Go ‘Round, acknowledging that was the song that really helped her music to travel outside of the US. She followed that up with a superb take on Brooks & Dunn’s Neon Moon before unleashing her poppiest track yet with set closer High Horse. The song is nothing like we’ve heard from Musgraves before and as she grooved to the disco feel of it, huge colour-changing globes appeared out of nowhere and were batted around the audience. High Horse ended things on a very high note with everyone ready to continue the party into the night.

For me, Musgraves proved her critics wrong last night and she delivered a headline set that was musically rich as well as incredibly entertaining. On stage she announced that she would be back at the end of October for a show at Wembley Arena and I wouldn’t be surprised if she manages to sell that out pretty quickly. Musgraves really stepped it up last night and I could hear from the comments around me that people were surprised by her performance. She could very well end up being one of the highlights of the weekend.