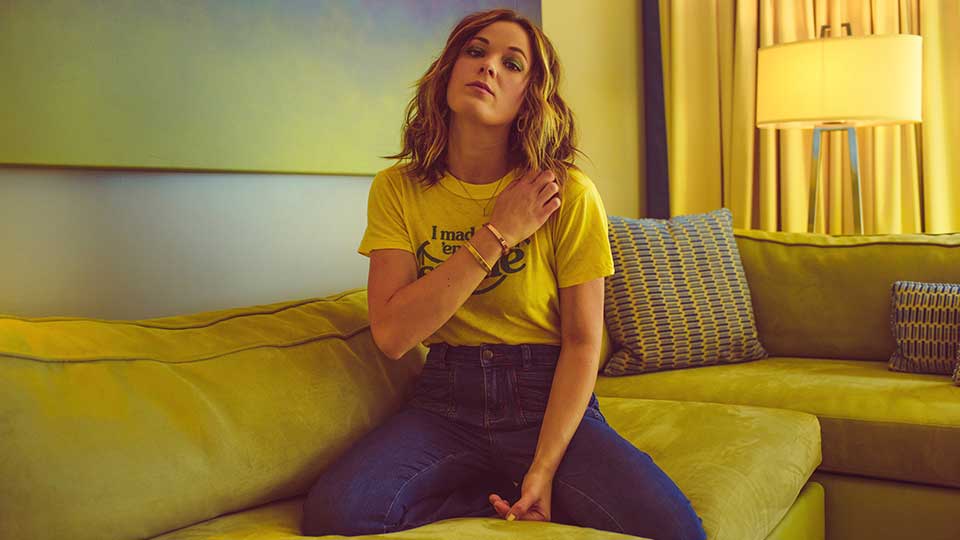 Jillian Jacqueline definitely caused a moment when she made her UK live debut during Country Music Week in October. Performing several shows over the week, Jacqueline won a legion of new fans as she played songs from her recent EP Side A for the first time on this side of the pond. Lyrically bold and musically varied, Jacqueline is part of the current group of emerging female stars that are penetrating the oft male-dominated charts. During her Country Music Week performance supporting Kip Moore, Jacqueline announced that she would be back for C2C: Country to Country and today she performed on the Spotlight Stage.

Having been all over the The O2 this weekend, Jacqueline made her debut in the arena where she performed three tracks. She opened her set with Hate Me, in my opinion her best song so far, and her vocals were crystal clear conveying the powerful emotion of the song. Hearing it acoustically is always special and tonight was no exception.

She followed it up with her current single Reasons, a song that features bold and honest lyrics about a relationship that simply isn’t working any more. The song is gaining traction at radio and it definitely has the potential to be a crossover hit.

Jacqueline finished her set with God Bless This Mess and it was a fitting end to a superb performance. The singer-songwriter revealed that her mother was in the audience tonight, giving the performance an even more emotional punch.

I’ve championed Jillian Jacqueline for a while now and it’s only a matter of time before she really has a breakthrough. She’s done her ground work, her live performances are always stunning and she’s building a legion of fans. Pretty soon she’s going to be unstoppable and I can’t wait to see what she does next.