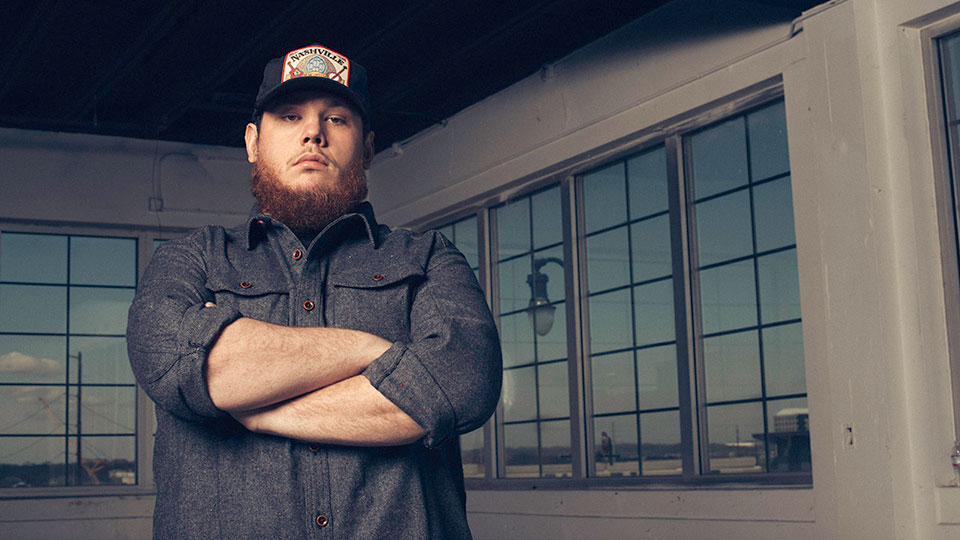 In just three years, the CMA Songwriters Series has become one of the most popular events at C2C Festival. This year tickets sold out before the line-up was even revealed, and anticipation only grew when Kip Moore and Luke Combs’ appearances were announced. Alongside Natalie Hemby, Nicolle Galyon and host Brett James, last night they performed to a packed house at Indigo at the O2.

The show takes the form of a Nashville-style songwriters’ round, and Luke Combs kicked off the evening. He opened his set with the title track from his album, This One’s For You, which really showed off the gravel in his voice and some serious belt on the big notes. I also liked that he showed off a mix of styles, from rock-influenced new song Must Have Never Met You to the controlled yet powerful Beautiful Crazy. I particularly loved Houston We Got A Problem, which really brought out the richness in his voice and showed he’s got potential to be a great songwriter Although he has a big powerful voice, it never felt overwhelming and certainly didn’t detract from the emotion in his songs. He closed the performance with When It Rains It Pours, which got the audience clapping and singing along and looked like he was having the time of his life. The crowd absolutely loved him and I predict he’ll surprise a lot of people in his main stage set on Saturday.

Natalie Hemby is one of Nashville’s premier hitmakers, and that showed in her performance. She began with You Look Like I Need A Drink, made famous by Justin Moore, and her sweet vocal gave the song a lot more emotional clout. Her performance of Pontoon, meanwhile, felt even more laid-back than the Little Big Town recording (if that’s possible), whilst she really brought out the sense of longing and passion in Return and brought out the folky side of White Liar. She also delivered the standout song of the night for me with Jealous, as made famous by Labrinth. Accompanied by a gentle piano melody, her voice had a gorgeous old-school tone and she hit an absolutely stunning note on the bridge. It was a truly beautiful moment and one that will stick in my mind for a long time.

From the huge cheers he got when he walked on stage, it was clear most of the crowd was here for Kip Moore, and he didn’t disappoint. The quality in his vocal was clear from the first line of Last Shot, with its gravelly touches, to More Girls Like You which took on a much more romantic feel, and a stripped-back spin on Crazy One More Time. He also got the audience laughing with a story about being a fan’s ‘hall pass’ (which I’m sure is about to lead to five new songs being written) before launching into a bluesy version of That Was Us. His last song was Guitar Man, which got a huge audience reaction and showed off his skill as a storyteller and guitar player. He brought out the conflicting emotions of a musician’s life very well and gave the song a bittersweet quality. The crowd gave him a standing ovation and it was very well-deserved.

Nicolle Galyon, meanwhile, stood out for me for the different energy she brought to her songs. Her piano playing on We Were Us gave it a more melancholy vibe, and she really brought out the nostalgic poppy edge to All The Pretty Girls. I also thought she perfectly captured the yearning and conflict in the R’n’B-influenced Consequences, which highlighted the souful tones in her voice, and made Female much more raw and introspective. She finished her selection with Boy, which she described as her most special and personal song, and I’m not ashamed to say I was in floods of tears throughout her moving performance. I suspect I wasn’t the only one.

Finally, Brett James arguably had the most difficult job as host, but kept the audiences laughing throughout with his stories (such as the origin of Out Last Night, which then turned into a running joke) and bantering with Moore and Combs. However, I thought he brought a particularly nice quality on Mr Know It All, where he gave the lyrics much more bite. Meanwhile his original song, Reason Or Rhyme, had an rocky feel and the simple arrangement allowed the growl in his voice to stand out. He closed the set with Jesus Take The Wheel, which took on a real stadium quality as the crowd sang along, yet also had an intimate quality.

Overall the CMA Songwriters Series was a great way to kick off C2C weekend and an excellent showcase for songwriting in country music. I genuinely couldn’t fault any of the performers and thought they all did a fantastic job of highlighting the variety of songs country has to offer. They also had great chemistry together as a group and I loved being able to hear the often personal stories behind the songs, the process of writing (Natalie Hemby talking about how White Liar involved was particularly interesting) and the impact that writing a song can have not only on a writer but also on the listener. It was a brilliant evening and I highly recommend you get tickets for the next one!