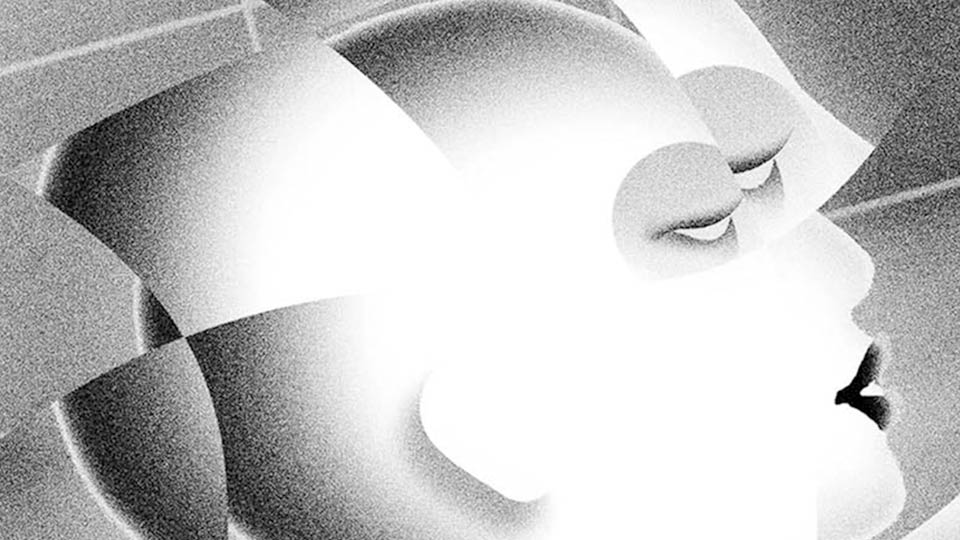 It’s not necessarily a mark of fine achievement or controversy for an author to have their book banned within the Soviet Union – that most brutally oppressive and censorious of empires – but Yevgeny Zamyatin’s dystopian science-fiction story We happened to be the first, and that lends it historical significance on top of its literary merits.

We, now available from The Folio Society in slipcase featuring a lenticular optical illusion of human faces, was written in 1921 but banned from Zamyatin’s native Russia until 1988, once Gorbachev’s policies of perestroika and glasnost thawed the Cold War and helped to bring down the Iron Curtain. Nearly seven decades after it was written, and half a century after the author’s death (whilst in exile in Paris), Zamyatin’s satire on the ugliness of Communist socialism was allowed to find an audience amongst those for whom the book had originally been written.

It’s almost impossible to believe We is nearly a century old. The ideas are enormously high concept and the storytelling – short chapters told in first person through an unreliable narrator – are exactly what we’d expect from a science-fiction novel today. Add some predictions that will make contemporary readers double take (electric toothbrushes, the large-scale application of hydroelectricity and robotic teachers that children give nicknames to and treat cruelly all make an appearance) and it’s a book that retains its cleverness, freshness and relevance to this day. We is the first science-fiction dystopian satire in a trend that would in the following decades encompass Huxley’s Brave New World and Orwell’s 1984, the latter of which satirised the same subject matter – Stalinist Communism.

We introduces us to D-503, a human chief engineer working on a rocket called Integral that the totalitarian state he lives in, OneState, will use to send citizens into the cosmos to spread their ideas of societal perfection that has eradicated free will. D-503’s world is made of glass, reflecting the alleged transparency of OneState’s governance. Sexual relationships are no longer pursued and falling in love is considered a quirk of the past that has thankfully been eradicated. Instead, citizens express interest in others and are allotted specific times to have sex, at which times the blinds may be drawn in the glass apartments to allow for privacy. Dreaming and family life have also been excised – there are no human pursuits other than service to the state. Open democratic elections have been abolished – who needs them in a perfect society? D-503 doesn’t question his situation, or his devotion to OneState and the wisdom of the Guardians who rule, until he encounters I-330, a woman who drinks and smokes – activities that can lead to severe punishment – who even dares to make him question what may lie beyond the glass dome of his existence.

Zamyatin successfully creates a believable and terrifying fictional police state, and D-503’s devotion to the dictatorship its propaganda (there are funny passages in the book, not least the state-composed doggerel that D-503 approvingly quotes) for a compelling reason; until his own red pill moment when he woke to the horrors of the regime that had overtaken his home country, Zamyatin has been an enthusiastic supporter of the Bolshevik revolution. He knew first-hand how to capture the ideological blindness of one committed to creating political utopia. As with every effort throughout human history, the road to OneState’s living hell has been paved with good intentions, and the slow questioning of sacred beliefs that forms the backbone of the book is brilliantly conceived and conveyed.

It’s We’s exploration of ideas: social, political and scientific, that makes the novel a resounding success. The unreliability of the narrator (who struggles to come to terms with the truth) and the dispassionate tone of the story is deeply unsettling, and effectively sustained throughout. It does, however, leave the characters emotionally cold. D-503 isn’t like Orwell’s Winston Smith, a rebel from the start who has the strength of his convictions that readers can identify with. Rather, he’s the product of OneState’s indoctrination. Removing the human element makes the book more frightening, but less enthralling than 1984.

This edition of Yevgeny Zamyatin’s We is produced to incredible standards. The hardback cover and slipcase are in metallic grey with green tint, and the pages feature six stunning illustrations by Kit Russell that perfectly evoke the age, using an Art Deco style that recalls Fritz Lang’s 1927 masterpiece Metropolis.

The book also comes with an introduction (first published in 1973) by an author of a similar pedigree of literary science-fiction – the recently-deceased Ursula le Guin, who describes it as “perhaps the finest science-fiction novel ever written”. Le Guin appropriately mentions Zamyatin alongside Aleksandr Solzhenitsyn: if We was the first book banned by the Soviet Union, then the latter’s Gulag Archipelago was the banned book that covertly shook its foundations. Zamyatin was an early watchman, to whom, in an age where socialism is finding favour again, we owe a debt, and ought to pay heed. That We remains powerful, significant and urgent is partly the pity of it.

This collector’s edition of We by Yevgeny Zamyatin is available exclusively from The Folio Society.

In this article:The Folio Society, We, Yevgeny Zamyatin