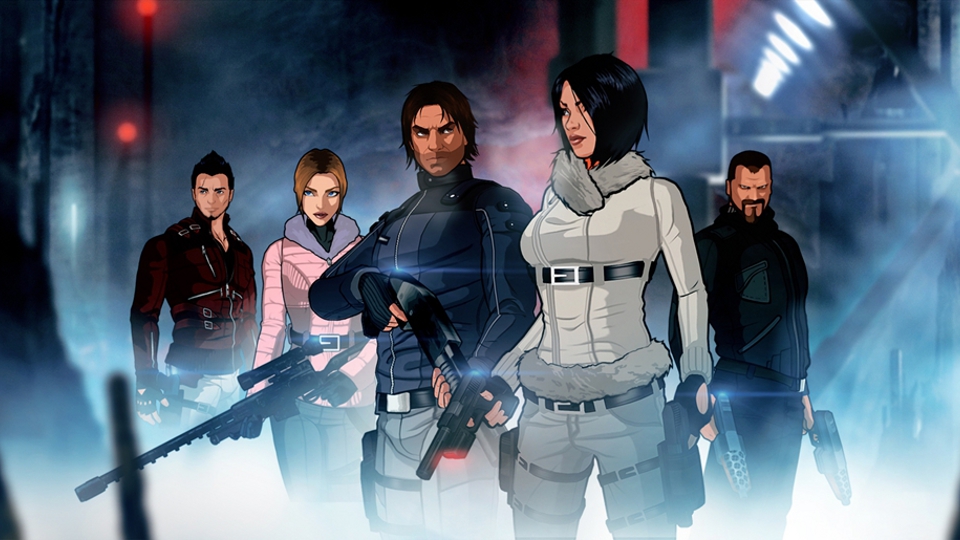 Square Enix Collective and Sushee have announced that their Fear Effect sequel – Fear Effect Sedna – has launched. The game is available for PS4, Xbox One, Nintendo Switch and PC almost twenty years after the original game first rolled out to much acclaim on PlayStation.

Fear Effect Sedna began life thanks to a successful Kickstarter campaign back in 2016. The game has been co-written by John Zuur Platten, the series’ original writer, and focuses on Hana, Rain, Glas and Deke’s first steps into the world of Inuit mythology. The game also introduces a brand new character called Axel.

The gameplay features a mix of real-time action, tactical play, stealth and puzzle solving which is viewed from an isometric viewpoint. The action is interspersed with animated cutscenes to push the story forward. On top of these new additions, fans of the series will also be pleased to hear that the classic death cutscenes from the original games.

With Fear Effect Sedna making its debut, French studio Sushee can now turn its attention to the recently announced Fear Effect Reinvented – a remastered take on the original PlayStation game that started it all – also in development for PS4 system, Xbox One, Nintendo Switch and PC. The idea is that the two Sushee games will bring the Fear Effect IP to an audience of existing fans looking to recapture the spirit of the original games as well as new players who missed them the first time around.

Fear Effect Sedna is available now on PS4, Xbox One, Nintendo Switch and PC priced at £15.99. Check out the official Sushee Games website for more information.

EF Games will be bringing you a Fear Effect Sedna review later this month.

View some screenshots of Fear Effect Sedna in our gallery: