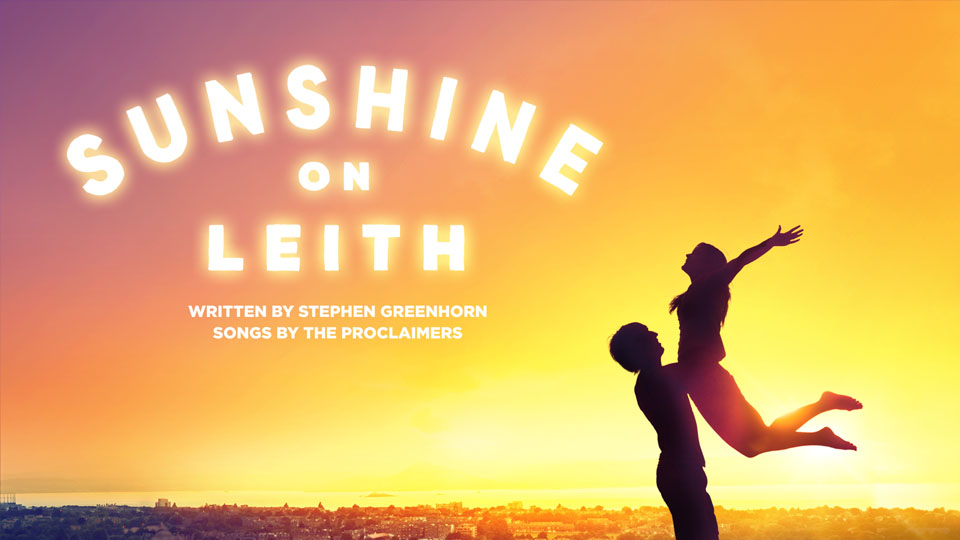 Sunshine on Leith at WYP.

West Yorkshire Playhouse has released details of the full cast for forthcoming musical Sunshine of Leith, which is set to open on the Quarry stage on 20th April 2018.

Originally a stage musical before being transformed into the 2013 hit feature film adaptation starring Jane Horrocks and Peter Mullan, Sunshine on Leith sees the return of servicemen Davy and Ally from war overseas to be confronted with civilian life filled with relationships, blind dates and commitments. As the pair embark on intertwining journeys in love, they begin to question what home really means to them as they rediscover their sense of identity.

Leading the cast are Steven Miller and Paul-James Corrigan, playing fellow servicemen and best friends Davy and Ally. Steven’s extensive theatre credits include the National Theatre of Scotland’s The James Plays and Frantic Assembly’s Othello while Paul is best known for his long-standing role as Stevie in Scottish drama River City.

Starring alongside them are Hull born Jocasta Almgill as Yvonne, with recent theatre credits including the award-winning In The Heights at the Kings Cross Theatre and leading roles in the West End’s Dream Girls, and Neshla Caplan joins the cast as Liz following recent roles in Arabian Nights at The Lyceum Edinburgh and the award-winning Adam for National Theatre of Scotland.

West Yorkshire Playhouse Artistic Director James Brining said: “Creating Sunshine on Leith over ten years ago was a joyful experience. It’s such an entertaining and emotionally charged musical, which explores ideas of home and identity, falling in love and picking up the pieces when it all falls apart. Now, back in my hometown of Leeds, those overarching themes of home and where you put down your roots are as important as ever, and it’s brilliant to be bringing this show back to life at the Playhouse with a fantastic new company. This will be the last big musical in the Quarry theatre before we undergo our major transformation of the building, and I’m hugely excited for audiences to share that with us.”

Set to the timeless songs of the much-loved The Proclaimers, including I’m Gonna Be (500 Miles), Letter from America and of course the emotive Sunshine on Leith, this feel good musical asks the question, would you walk 500 miles for love?