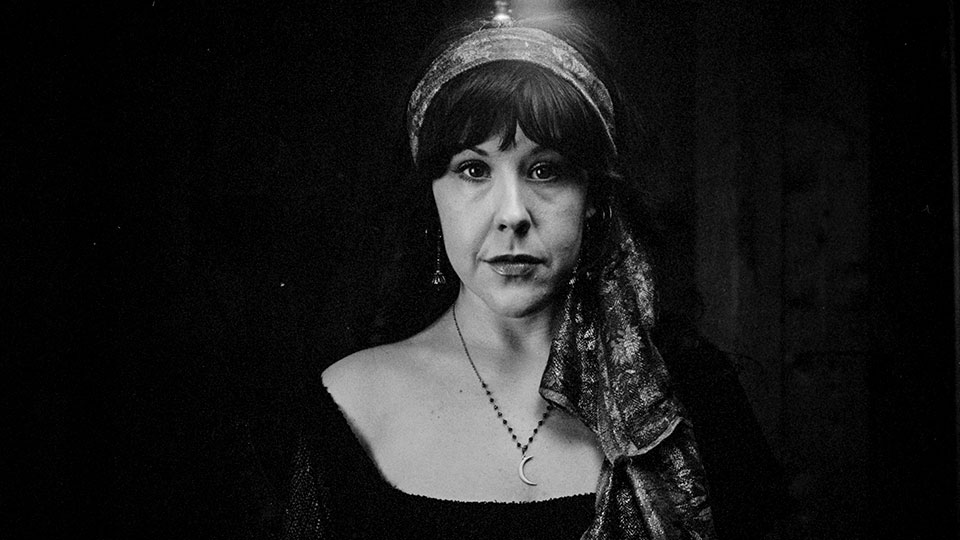 It’s safe to say the road to Nashville has been a bumpy one for Kashena Sampson.

Originally from Las Vegas, she made her way to Music City via Los Angeles and travelling the world performing on cruise ships. After being named one of Rolling Stone’s 10 New Country Artists You Need To Know in July 2017, and on 18th May she releases her debut album Wild Heart in the UK which mixes folk, country and blues influences.

I caught up with Kashena before she played the UK Americanafest showcase and chatted to her about her current UK single It’s A Long Way Back, how she got into music and self-releasing her debut album. Read on to find out more…

I would say it’s got a feeling of… from the 70s really. Like folk, folk rock, singer-songwriters from that time, with a little bit of country undertones and some soul and blues undertones.

Your latest single in the UK is It’s A Long Way Back – can you tell us a bit more about the song?

Yeah, I was living in Las Vegas at the time with my sister at her house and didn’t really know what I was doing. I didn’t have a job, I was feeling pretty down and out about myself and my life and my choices, and even feeling down about myself as an artist and a songwriter and all that. I was like, ‘I don’t even know what I’m doing, why should I even be doing this?’ I came to write a song one night, I thought I’d write something stupid and I started the first verse as a joke [laughs]. But my sister was like, ‘no actually that’s pretty good, you should finish it!’ So I said OK and I sat down and finished it. It’s really about me and that moment and how I was feeling, y’know? Lost.

You released your debut album Wild Heart in the US over the summer. Do you have a favourite song on the album? Were there any that were particularly easy or difficult to write?

I don’t know if I really have a favourite. There are some that are a little… they’re all based on my life experience. Like each one is about a different experiences. She Shines was the first song I’d ever written so that’s kind of one that I hold dear to my heart. It took me a long time to write that – I was trying to make it perfect. And the easiest – well, the quickest I guess – was Never Give Up, which I wrote in like an hour. I was living in a really loud house with a bunch of roommates and I was just like, ‘I need to write a song, I want to write about abandonment’. So I put in earplugs and I just wrote it, so that was pretty quick.

You’ve spoken a lot about your experiences of living in Las Vegas and then moving to Nashville – is that something that feeds into your writing?

Yeah, if I’m going through something or some emotion. It’s all emotion-driven. For me music is about the human condition and the emotions we go through as people – living and talking about those emotions through the experience I’m having in that moment, y’know? Whether it’s heartbreak or having self-confidence when you’re feeling that nobody else believes in you, or your fears of abandonment or fears of relationships or trying to make the best of a not-great situation.

What’s your typical approach to writing?

I think it changes here and there, but for the most part I usually get an idea for a lyric and a melody that will come to my head and then I sit down and I explore that. I write those down and keep a list of all my ideas. Sometimes I’ll go at them right away or sometimes it’ll be like six months before I look at it, and then I’ll be like, ‘what was I thinking about at that moment?’ Sometimes things are too fresh to even get into.

Do you have a favourite song to play live?

I like playing Never Give Up with the band. With my full band in Vegas, I love it. I like the end when the guitar solo comes in – it’s awesome, I just love it.

This is your first visit to the UK – how have you found it?

Everyone seems to really like it so far – they’re so friendly.

Do you find that the UK audiences react differently compared to other places?

Yeah, it’s always a little different, y’know? Especially in Nashville when people don’t even respond because there’s so much music and everyone’s so amazing, so when others musicians are like, ‘wow, that was great’ I really take that with a lot of weight. And here was just so nice. Everyone was really listening intently and just seemed really into it, and it’s so great as a performer to get that. You’re pouring your heart out for people and for people to acknowledge that is great.

You’re self-releasing your album – why did you decide to take that approach?

I’d been working for so long towards actually recording this record and putting it out that I just thought, ‘well, I recorded it, let’s put it out’. I didn’t really know much about the whole business side of everything [laughs] so I thought, ‘let’s just do it, put it out there’. It’s at least something for people to see, y’know? This is who I am – a good introduction of who I am and what I do.

What got you into music in the first place, and when did you decide you wanted to pursue it as a career?

Well, I come from a musical family – I have two older sisters who both sing and write songs, and I’ve been singing and performing since I was five years old. I grew up writing shows with my sisters and performing them for my parents, and I did a lot of musical theatre acting and singing. It wasn’t until I was in my mid-twenties that I decided that was what I wanted to do, so I started writing songs and put out a record.

If you had a bucket list for your musical career, what would be on that?

Oh my gosh! Um… I’d like to play the Newport Folk Festival, and I would love to sing with Dolly Parton and Stevie Nicks. To really just go on tour – I’d like to tour the UK and Europe, and the Fillmore in San Francisco would be pretty cool. Yeah, I guess that’s a good start, right? [laughs]

Is there a song that you wish you’d written?

Oh yeah, there’s tons of them! [laughs] Like every Beatles song ever… Yeah, so many. I can’t choose one. I’m so bad with choosing just one of anything. But probably Rhiannon by Fleetwood Mac – I love it.

I do. There are times when I try to write a song and I sit down and nothing comes, so I’ll say, ‘well screw it, let’s go to the next song’ and I’ll come back to it or just let it go. Sometimes I’ll have an idea and then years later I write.

What’s been your longest gap between having an idea for a song and actually writing it?

I would say maybe six months. Sometimes when I get blocked I do a lot of meditating – I clear my chakras and stuff. I believe that helps; if I’m blocked and clouded nothing can get through, so I do that and that does help.

What’s next for you – are there plans for more writing or touring?

Yeah, I’m writing now. I’m still writing a lot – I have a bunch of new songs so that’s really exciting, and I would love to start going on some tours and stuff.

Kashena Sampson releases her debut album Wild Heart on her own label New Moon Records on 18th May 2018. She will also perform at Red Rooster Festival on 1st June 2018.

Advertisement. Scroll to continue reading.
In this article:Kashena Sampson